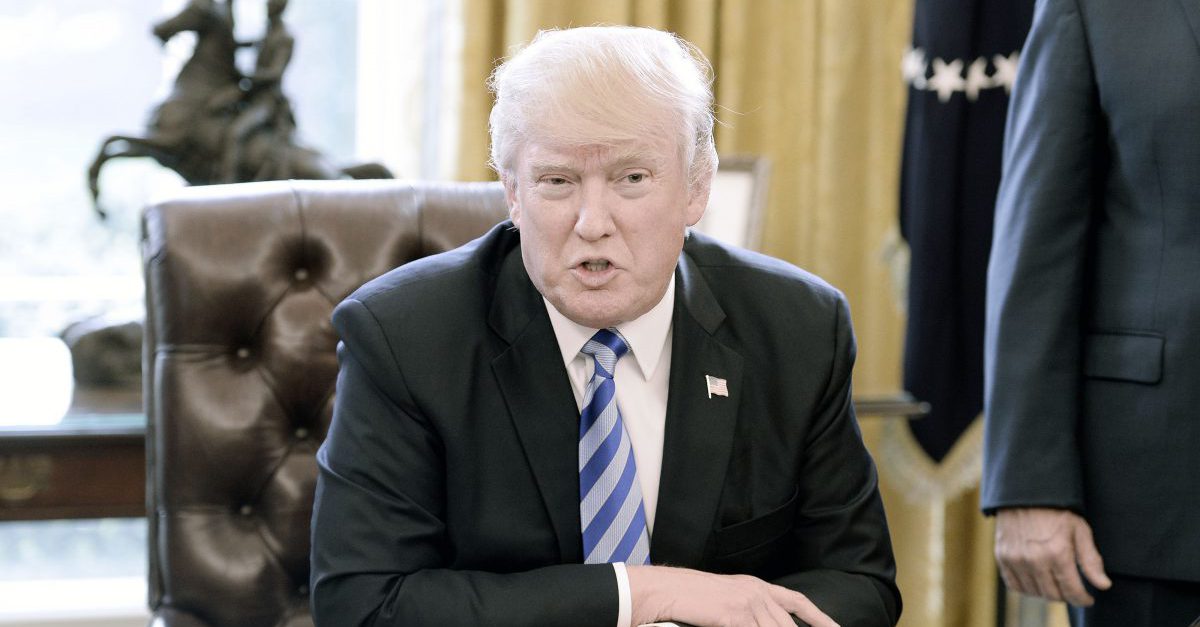 Photo by Olivier Douliery-Pool/Getty Images
WASHINGTON, DC - MARCH 24: U.S. President Donald Trump reacts after Republicans abruptly pulled their health care bill from the House floor, in the Oval Office of the White House on March 24, 2017 in Washington, DC. In a big setback to the agenda of President Donald Trump and the Speaker, Ryan cancelled a vote for the American Health Care Act, the GOP plan to repeal and replace the Affordable Care Act, also called 'Obamacare.' (Photo by Olivier Douliery-Pool/Getty Images)

Actor John Cho, who played Harold in the “Harold and Kumar” movies and Sulu in the “Star Trek” reboot was outraged at the viral video of a United Airlines passenger being forced out of his seat on a Sunday night flight from Chicago to Louisville. The video — which shows officers quite literally yanking a man, who claimed to be a doctor, from his seat and dragging him down the plane aisle — caused outrage on social media.

While most people blamed United for the violent mishap, Cho connected the behavior of the airline to what he deems to be a larger, more disconcerting change in American culture spurred by the election of President Donald Trump.

On his Twitter account Monday, Cho wrote: “It’s hard not to see a connection between the environment Trump has created and what happened on that @united flight.”

It's hard not to see a connection between the environment Trump has created and what happened on that @united flight.

No one was ever forcibly removed from a plane before Trump. https://t.co/qc9SzXyD7h

But far more people mocked Cho, an active supporter of Hillary Clinton and former President Obama, as being totally off-base. Some users simply laughed at Cho’s assertion, while others pointed out to him that his statement was a huge stretch.

RELATED: Celebrate the holidays with the Harold and Kumar Christmas album