Kebab shop owner Said Ahmed didn’t even flinch when an armed robber came into his shop and demanded money.

Ahmed, who owns Egyptian Kebab House in Christchurch, New Zealand, hardly made eye contact when a masked man approached him with a gun and told him to put money into a bag. Instead, Ahmed continued helping a customer.

“He was surprised from my reaction – ‘I have come to rob him and he is walking away from me, so what can I do?'” Ahmed told Stuff.co.nz.

RELATED: One couple set up cameras after a scary robbery — but watch how he uses the footage

“I was sure he would not shoot me. He came to rob me, not to kill me.”

Footage of the May 28 robbery was posted by Canterbury Police last Wednesday, and officials are still looking for any information on the suspect. 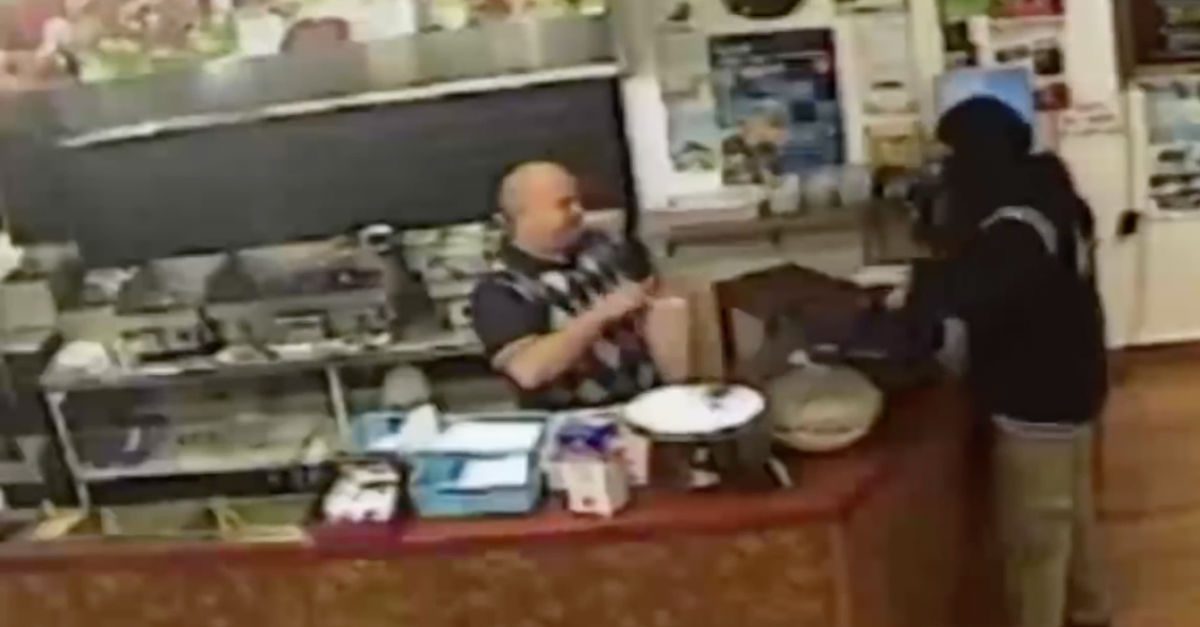