In a new interview, Trump says why he’ll never sit down with North Korea–and how Russia is a big problem 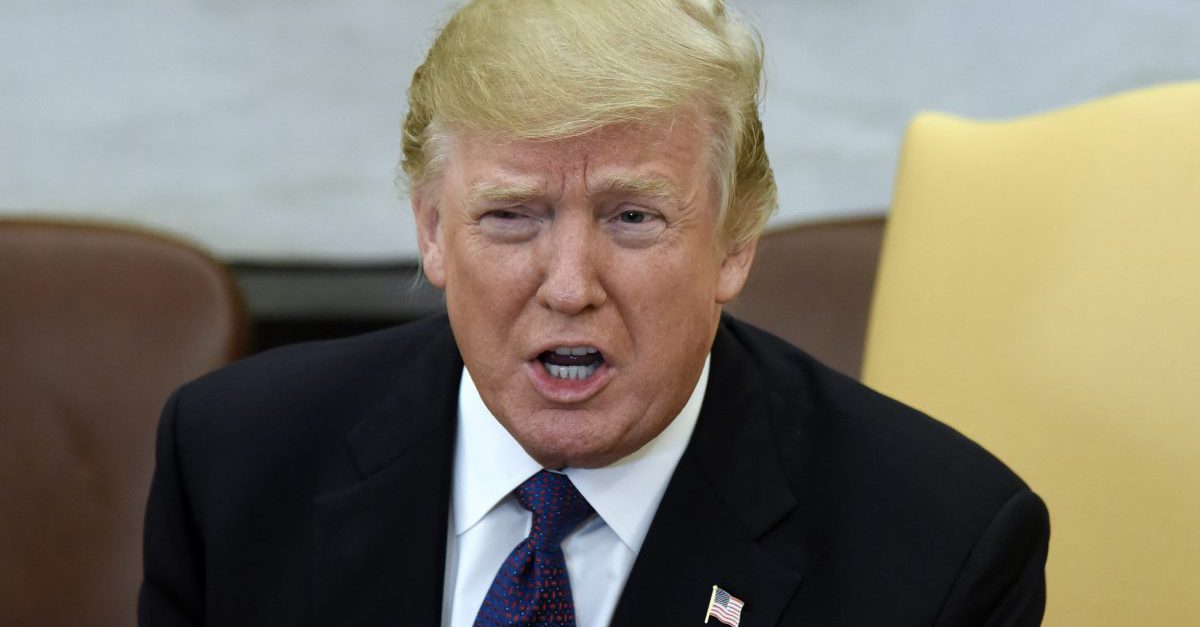 In a new interview, President Donald Trump says Russia is “not helping us at all with North Korea” and is actually “making up for some” trade restrictions placed on the country by China, one of North Korea’s foremost trading partners.

He made the comments in a nearly hour-long interview with Reuters.

Trump said “the net result” of the oil embargo was “not as good as it could be” without Russian cooperation.

“Unfortunately,” he added, “we don?t have much of a relationship with Russia.”

While Trump would not comment on whether he’d initiated direct talks with Kim Jong-un — outside Twitter, where Trump has called the dictator “Little Rocket Man” and mocked his “nuclear button” which he says “doesn’t work” — he says he doubts that direct talks with Kim would have any effectiveness and asserted that the regime had “taken advantage” of prior presidents.

I’m not sure that talks will lead to anything meaningful. They?ve talked for 25 years and they?ve taken advantage of our presidents, of our previous presidents.

He wouldn’t comment on reports that the United States was considering a preemptive strike on the country.

“We?re playing a very, very hard game of poker and you don?t want to reveal your hand,” said Trump.

Trump also underlined the imminent threat proposed by North Korea’s nuclear program, saying that the nation with nuclear aspirations “gets closer every day” although they’re “not there yet.” He said, however, that they’re “close” to finishing a missile that could reach the United States.

Reuters reports that while North Korea has produced a missile capable of reaching the continental United States, it can’t yet attach a nuclear payload in a way that would endure reentering the atmosphere.