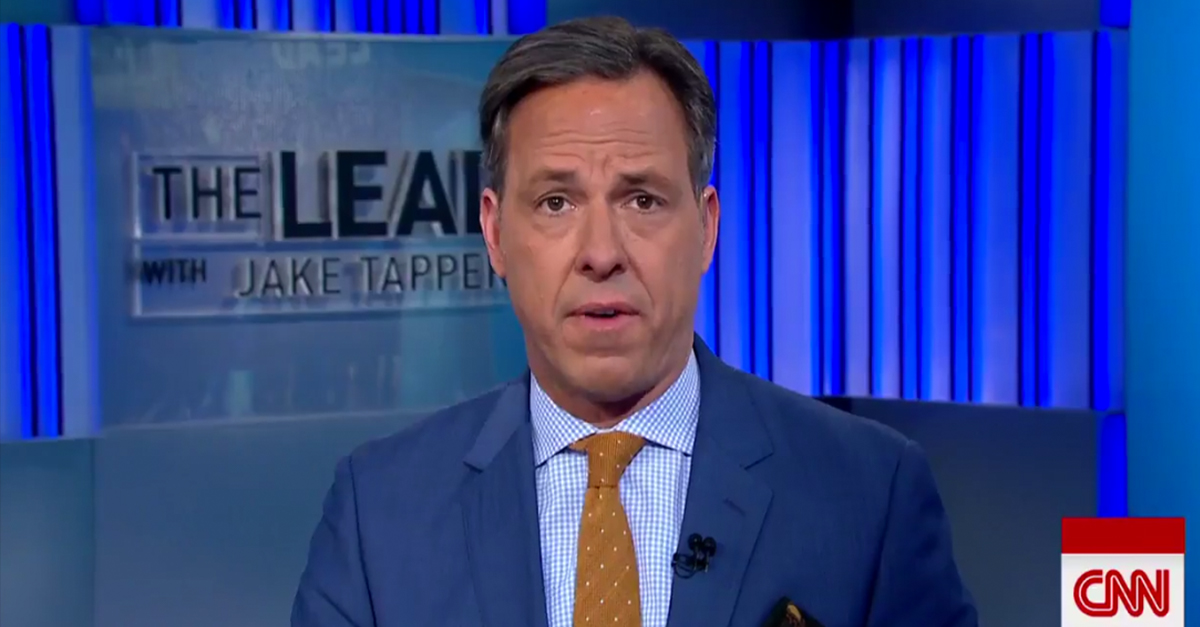 During a segment on his CNN show “The Lead with Jake Tapper,” Tapper delivered a brutal takedown of Trump’s short time in office.

“With historically low approval ratings and zero pieces of major legislation signed into law, President Trump has had a disappointing first 100 days,” Tapper said during the segment.

He added that “perhaps that’s the reason [Trump] recently tweeted about the ‘ridiculous’ standard of the first 100 days.”

“The only reason I bring up the 100 days conceit is because you know who was one of the biggest boosters of the 100-day standard?” Tapper continued before playing several clips of Trump’s campaign speeches where he touted all he’d do in the early days of his presidency.

RELATED: Jake Tapper calls out President Trump for a promised deadline that has now come and gone

“Now the president says it’s a ridiculous standard. He changed his tune on this marker — this very conceit that he promoted with his 100-day action plan. Which is not really a surprise, because President Trump often heralds his flexibility,” Tapper said.

Tapper did concede that the president had managed to accomplish a few things during his first 100 days, including the appointment of Neil Gorsuch to the Supreme Court and the travel bans, which were subsequently overruled by federal judges.

Watch the full segment above.