John McCain lashes out at President Trump: He is “poorly informed” and “impulsive” 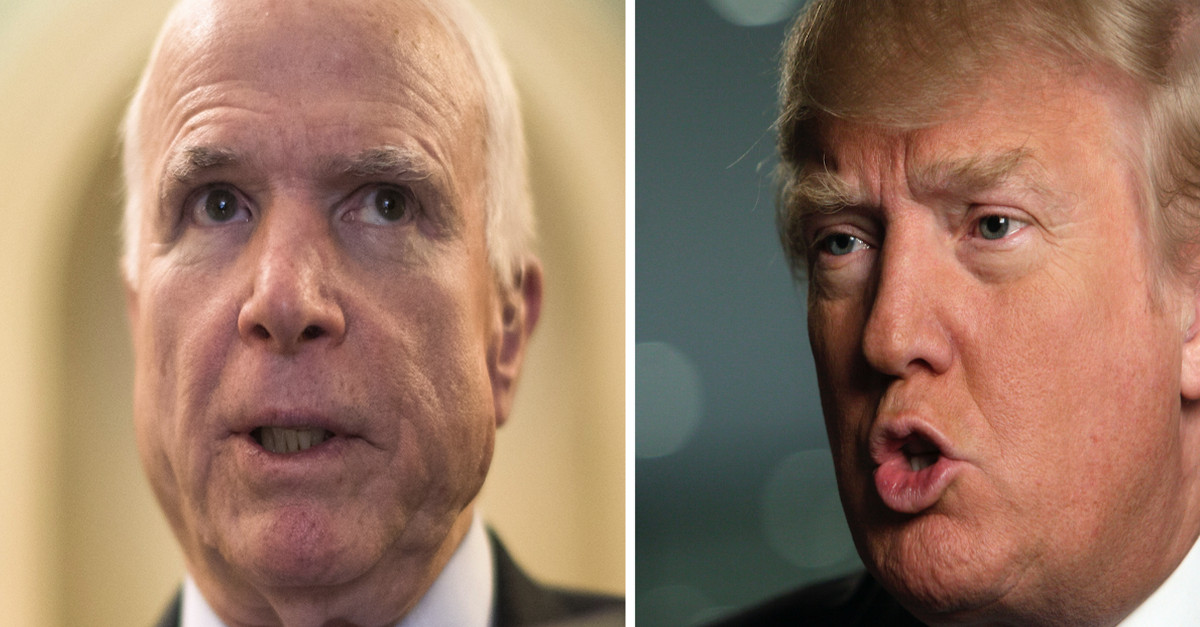 Senator John McCain, R-Ariz., lashed out at President Donald Trump Thursday in an op-ed for The Washington Post, pointing out that Congress does not answer to him despite his recent attacks on lawmakers.

“We must respect his authority and constitutional responsibilities. We must, where we can, cooperate with him. But we are not his subordinates. We don’t answer to him. We answer to the American people,” McCain wrote.

“We must be diligent in discharging our responsibility to serve as a check on his power. And we should value our identity as members of Congress more than our partisan affiliation,” Arizona’s senior senator continued.

McCain also called for a “return to regular order” and criticized the president for his leadership and behavior. “Congress must govern with a president who has no experience of public office, is often poorly informed and can be impulsive in his speech and conduct.”

President Trump has been going after lawmakers recently, using his Twitter account to bash members of Congress who haven’t lived up to his expectations.

Just last week, Trump went after Senate Majority Leader Mitch McConnell, R-Ky., writing in a tweet, “The only problem I have with Mitch McConnell is that, after hearing Repeal & Replace for 7 years, he failed!That should NEVER have happened!”

The only problem I have with Mitch McConnell is that, after hearing Repeal & Replace for 7 years, he failed!That should NEVER have happened!

McCain’s op-ed also isn’t the first time that he’s gone after the president. Last week, after the president pardoned former Sheriff Joe Arpaio, McCain issued a statement criticizing Trump’s decision, saying, “The President has the authority to make this pardon, but doing so at this time undermines his claim for the respect of rule of law as Mr. Arpaio has shown no remorse for his actions.”