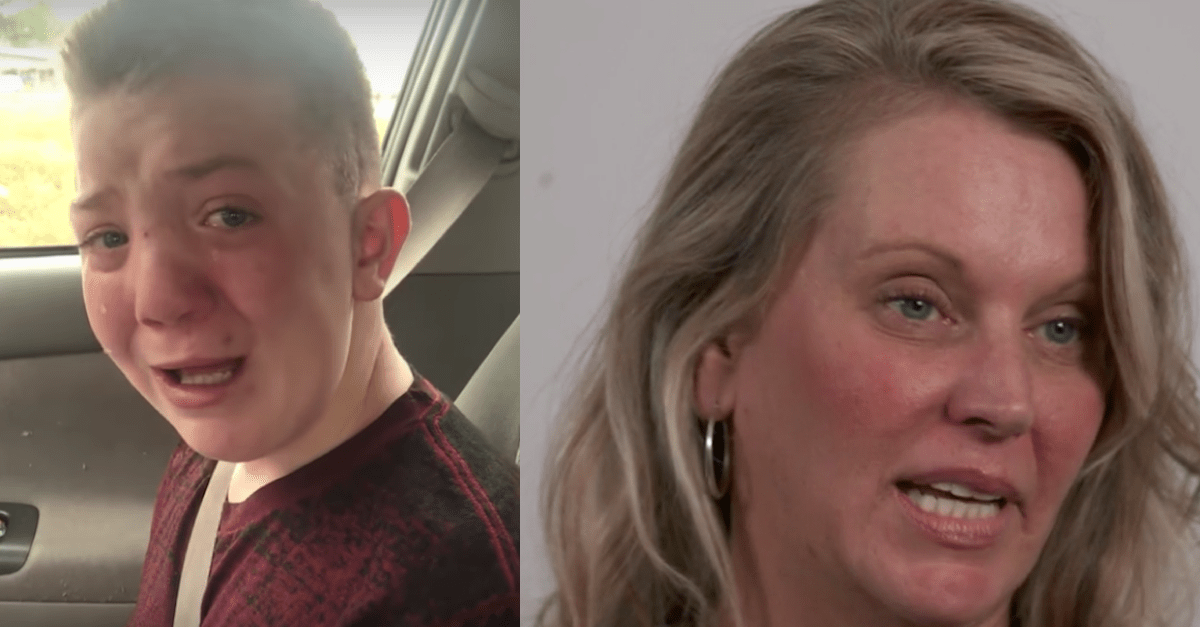 Middle school student Keaton Jones made headlines across the country for his viral video that included an emotional plea for bullying to stop.

What followed was a backlash against his mother, as skepticism emerged on what one athlete called a “money scam.” Others pushed back as well, digging up old photos on Keaton Jones’ mother, Kimberly Jones’ Facebook page that apparently took aim at “butt hurt Americans,” with two photos including a Confederate flag.

Is this your Mama, @Lakyn_Jones? She's a horrible bully and proudly flies the Confederate flag. I really hope this Kimberly Jones ain't your and Keaton Jones' mama… pic.twitter.com/52kjCBdCXJ

Kimberly Jones pushed back in an interview with CBS News.

RELATED: An MMA fighter says Keaton Jones’ mother asked him something “sad and disgusting” when he reached out

“The only two photos — the only two photos on my entire planet that I am anywhere near a Confederate flag. It was ironic. It was funny,” Jones said. “I’ve said I spent most of my life being bullied and judged because I wasn’t racist.”

As for the video’s impact, Kimberly Jones says, “It made me feel like I had accomplished something real. Something that could actually change the world.”

In the original video, Keaton Jones said he had milk poured on him and food thrown at him during lunch in the school?s cafeteria as he was bullied from five students. Principal Greg Clay said that particular incident ? which was described by Keaton with tears in his eyes ? was resolved ?weeks ago,? and he wasn?t aware of repeated bullying of Keaton, per Knox News.

?I can?t tell you what was done,? he added, ?but I can tell you action was taken with the children.?

According to the report, the Union County Board of Education noted they “will not tolerate bullying.” The student won’t return to school until January, though the school reportedly plans on holding an anti-bullying assembly.