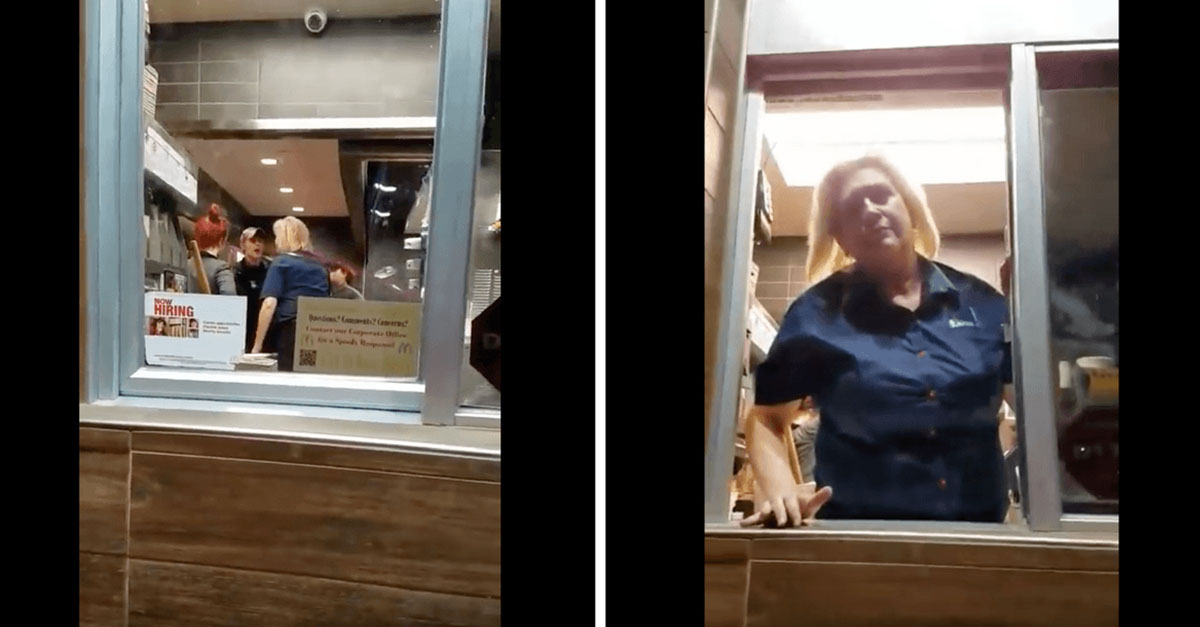 Fast food restaurants have seen their share of fights and brawls in recent years, but a McDonald’s customer saw something highly unusual when he pulled up to the drive-thru to get his food. His video has gone viral and has become a public relations nightmare!

As the man sat in his car waiting for his food at McDonald’s, he witnessed what he refers to as an internal breakdown. Right in front of the drive-thru window, employees screamed at each other. A manager even got involved in the melee. The man began videoing the encounter as he waited in his car.

Soon after he began filming, an employee came out and informed him they were waiting for his “sausage meat.” The man then joked about what was occurring inside the restaurant.

The man continued videoing the debacle when a manager noticed what he was doing. The blonde woman in a blue shirt came up to the window and yelled at him to stop. The man hid his phone before continuing to record. Suddenly, it appeared a male employee hit a female employee.

The manager returned to the drive-thru window to scream and swear at the man. She demanded he leave even though he hadn’t even received the food he paid for! The woman then threw a bunch of food into his car.

Ironically, there was a “Not Hiring” sign in the window! Who would want to work there when you’re at risk of being treated so poorly by fellow employees and management!

The video that was posted of the scene is now unavailable on YouTube.

All the man was doing was filming what was happening. The manager clearly couldn’t control her employees, which is not the man’s fault. McDonald’s should actually be grateful to the man for recording the assault as evidence.