IMPERIAL, Mo. — A Missouri man survived a bizarre incident on an interstate highway south of St. Louis, as a drive shaft from a truck speared the windshield of his pickup truck.

Steve Montgomery said he was driving home from a painting job Tuesday evening when he noticed what he believed was a pipe rolling around on the highway, KTVI reported. A tow truck hit the pipe, sending it airborne and into the windshield of Montgomery’s 2017 Dodge Ram.

Montgomery remained calm and kept his truck on the interstate until he could safely pull over, KTVI reported.

Montgomery took several photos of his truck, In the background sky in one of the shots is a bright white cloud in the shape of a “V.”

RELATED: A “careless” trucker lost his haul around an overpass bend and it landed on a van below — somehow that driver survived

“I think an angel was driving the truck,” Montgomery said. “When I was down and I couldn’t see the highway to keep it in the road, somebody else was driving that truck.” 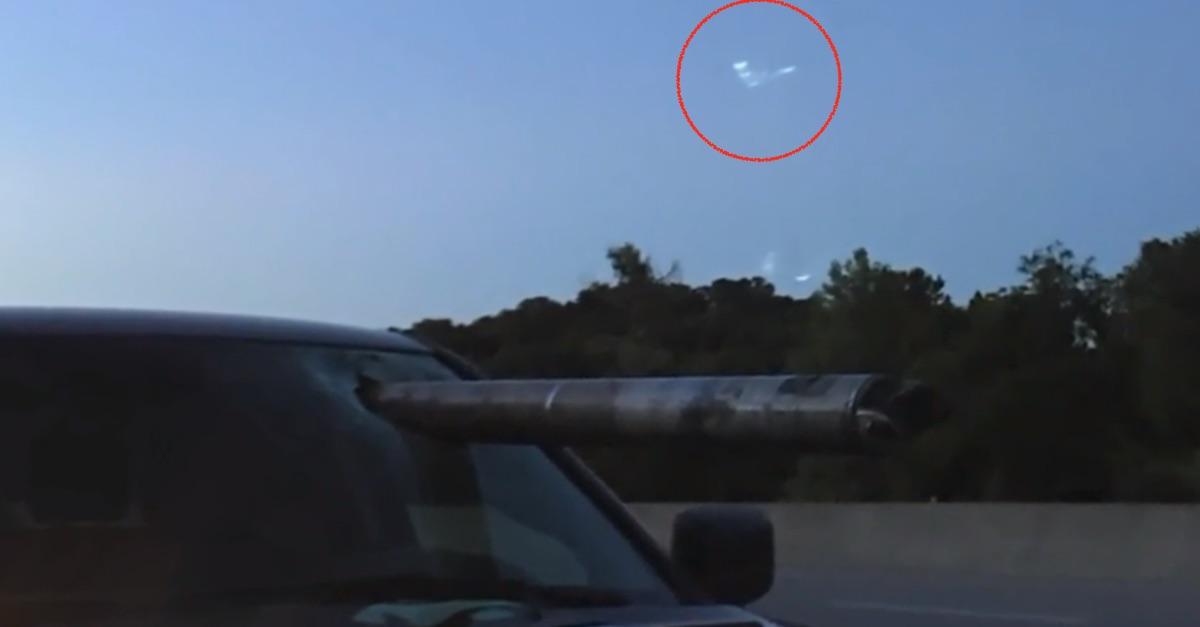