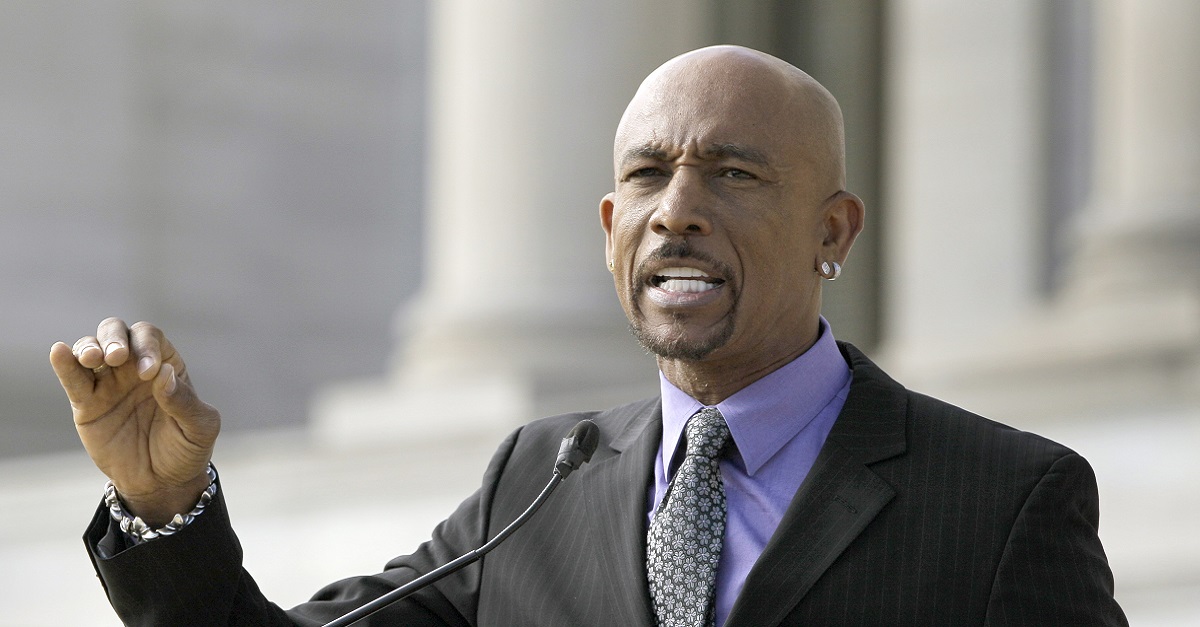 TV personality Montel Williams is speaking out once again since his remarks about the four Facebook Live torturers on Thursday.

Williams took to Facebook on Saturday afternoon and tagged Rare Media/Rare News to talk more about his thoughts in a video about the offenders, the victim and the disgusting act.

“This is a serious crime – the hate crime, the racism is almost irrelevant in light of the cold blooded torture of another human being – that’s on a whole different level, and the fact this young man is differently able and was unable to fight back is the final straw justifying the most serious punishment available under the law,” he wrote.

“Plenty of people grow up in the hood – myself included – the notion that’s an excuse for torturing another human being disgusts me,” the Navy and U.S. Marine Corps veteran added.

Later that evening, Williams shared a Fox News’ Facebook post about his comments, noting that Fox News quoted him but still have yet to apologize for the issue he had with O’Reilly at the RNC.

Interesting that my Fox News ban – for telling the truth about Bill O’Reilly (thereby injuring his incredibly fragile ego), seems to be gone the minute Montel Williams calls for a jail for a couple of black kids?

I’ll give Fox credit, at least they are transparent about playing to their viewers’ inherent racism!

Williams also spoke out about Fox News via Twitter.

Funny how suddenly I'm unbanned at @FoxNews the minute I want some black kids to go to jail 🙄 https://t.co/UDz1kUlr1Q

On Thursday, Williams first shared his thoughts on the offenders, saying that the video is “bigger than racism,” “bigger than a hate crime” and “bigger than politics.” He also wrote, ?I?m not interested in whether these kids had a tough life, whether their parents loved them enough, I don?t care,” saying that they should serve life in prison without parole.

Chicago Police Department identified the four perpetrators as Jordan Hill, 18, Brittany Covington, 18, Tesfaye Cooper, 18 and 24-year-old Tanishia Covington, who were arrested for kidnapping, battery and unlawful restraint. They have also been charged with a hate crime.

RELATED: Chicago police officially announce the charges against the Facebook Live torturers ? here?s what we know