Suppressors get another loud voice of support: Donald Trump Jr. 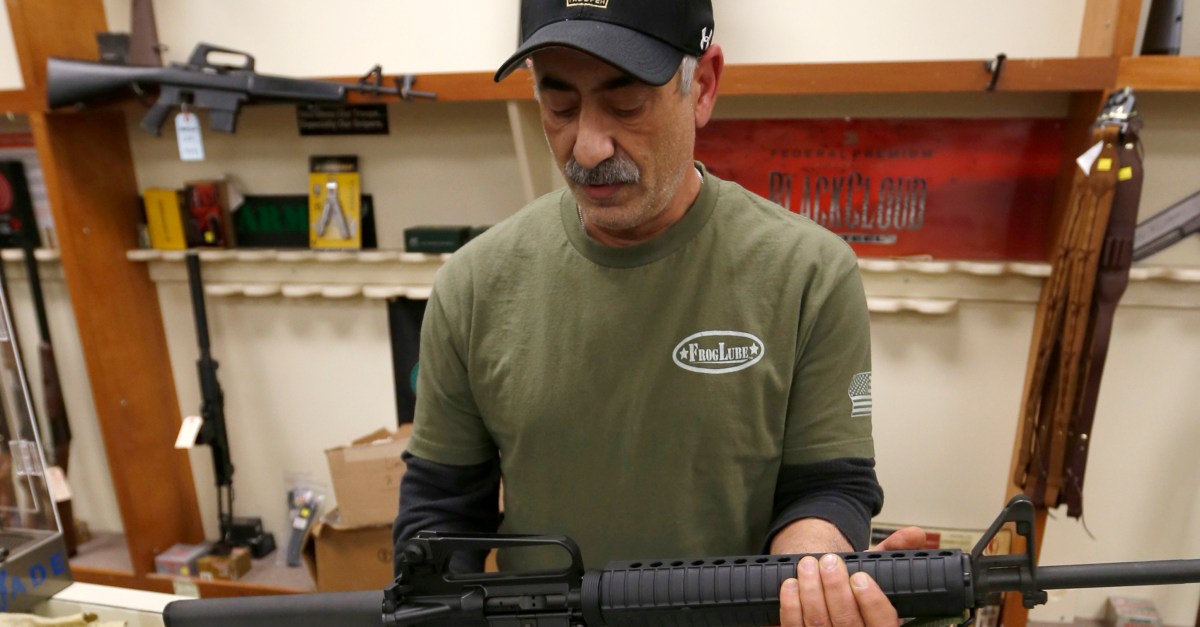 If the gun industry and avid hunter Donald Trump Jr. get their way, it could be much easier for shooters to acquire suppressors, called “silencers” by critics.

Suppressors stifle the sound of a gunshot. Advocates claim they’re innocent devices with health applications to save a shooter’s hearing, while those against them say they just make it easier to kill someone in relative quiet.

Whether a suppressor truly “silences” a weapon or what it shoots is contingent on several factors, including the type and size of the round fired and the weapon attached to the suppressor. Firing the right round from a suppressed weapon could produce a shot that even police gunshot detectors would fail to detect.

RELATED: Wild idiots appeared at McDonald’s and their tough guy friend pulled out a gun — we’re still not sure why

Currently, suppressors are only legal in 42 states, and controlled by the National Firearms Act (NFA). They are regulated at the same level as short-barrel shotguns, machine guns and explosives (“destructive devices” like grenades). The Washington Post says acquiring them right now requires registration, a $200 charge and an approval process that takes nine months or more. They also note that, despite the restrictions, the number of registered suppressors has surged from 285,087 in 2010 to 902,085 in 2016.

Suppressors have caught on with shooters tired of wearing ear protection at the range and with hunters who prefer to listen for their prey with their own ears. By reducing muzzle flash (auditory and visual), they also reduce recoil, allowing for more accurate shots.

Advocates say the devices are a “public health” issue. A 2015 bill, the Hearing Protection Act, sought to remove restrictions on suppressors. Rep. Matt Salmon (R, AZ-05) introduced the bill in the House; Senator Mike Crapo (R-Idaho) introduced a companion bill in the Senate. The bill never made it to committee hearings, but it was the third-most viewed piece of legislation on Congress’ website last year, indicating tremendous interest. A similar bill would likely do better in 2017’s Republican-controlled House and Senate.

Suppressors can be used to defeat gunshot location technology used by police, especially when paired with subsonic ammunition. Shotspotter (in use in Washington DC and elsewhere) says it uses two factors to identify and locate gunshots: the muzzle blast and the supersonic “crack” of a bullet as it breaks the sound barrier.

A 2007 paper on auditory signatures from gunshots written by Dr. Rob Maher, head of the university’s Department of Electrical and Computer Engineering, says gunshot detection systems like SpotShotter “must accept the possibility of suppressor use by clandestine individuals.” Suppressors mask the muzzle blast of a weapon as well as the visual flash. So-called subsonic ammunition exists solely to fly slower than the speed of sound, producing no “crack” as the round breaks the sound barrier. Firing subsonic ammunition from a weapon equipped with a suppressor would effectively mask the gunshot from any detection and virtually silence the round.