U.S. Navy sends the big guns to the Korean peninsula ahead of Trump’s visit 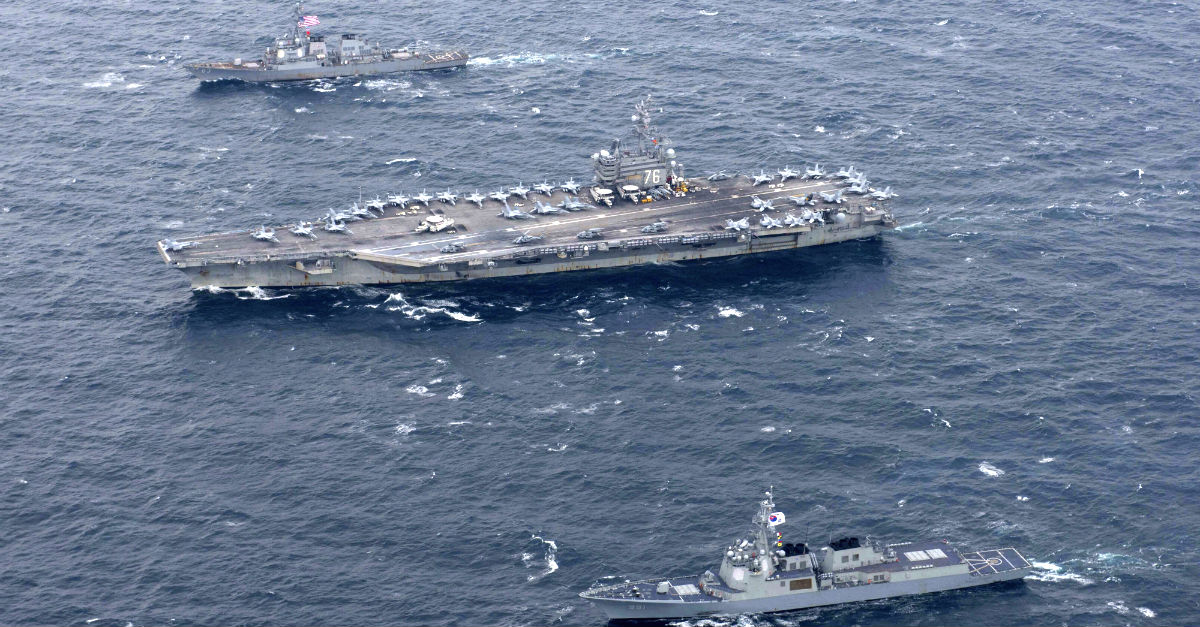 The United States Navy is sending a third aircraft carrier to the western Pacific ocean ahead of President Trump’s Asian trip, they announced on Wednesday.

The USS Nimitz will soon be patrolling the waters along the USS Roosevelt and USS Reagan. The three carriers are some of the most storied and powerful ships in the Navy and could be headed to the Korean peninsula for a little bit of added saber rattling as President Trump prepares to visit the region. Japan, South Korea and the United States have recently been conducting naval exercises that incorporate missile defense, Fox reports.

The Nimitz was launched in 1972, making it the Navy’s oldest aircraft carrier, but the vessel is still a marvel of military engineering. It houses over 5,000 military personnel, and the flight deck is capable of carrying over 60 aircraft, making it the second largest carrier in the world. The largest carrier is the USS Gerald Ford, which set sail in May of 2017.

On Tuesday, the navy announced that the Roosevelt will join the Reagan in the Pacific. At that time, Fox noted that it’s rare for two carriers to be in the same region and that there have not been a pair of carriers in the Korean peninsula since the ’90s.

During President Trump’s Asian trip, he is expected to visit U.S. allies including Japan and South Korea. However, while it’s customary for presidents to visit the DMZ on their trips, reports have surfaced that Trump may not stop at the 38th parallel due to heightened tensions on the peninsula.