President Trump arrived in Poland on Wednesday night to meet with foreign leaders, but the normally-routine visit is unfolding in the shadow of North Korea’s test of an intercontinental ballistic missile. Previously, Trump has leaned on China to deescalate the North Korean aggression, but in his speech early Thursday morning, the president adopted a more straight-forward message, saying, “Something will have to be done about it.”

We're considering "pretty severe" things on North Korea but may not act on them, Trump says https://t.co/j9oizSwL8o pic.twitter.com/85YwRoFWFg

President Trump spoke alongside Polish President Andrzej Duda in Warsaw, and said that he was considering “some pretty severe things” in response to North Korea’s missile test. However, the president also backed away from divulging specifics. He noted, “I don’t draw red lines,” before criticizing Obama’s “red line” in Syria. Returning to the topic of North Korea, Trump closed with, “It’s a shame that they’re behaving this way, but they are behaving in a very, very dangerous manner.”

On Wednesday, the United Nations held a security council meeting in response to the test. CNN reports that Ambassador Nikki Haley took a hard line saying, “The U.S. is prepared to use the full range of our capabilities to defend ourselves and our allies. […] One of our capabilities lies with our considerable military forces. We will use them if we must, but we prefer not to have to go in that direction.” 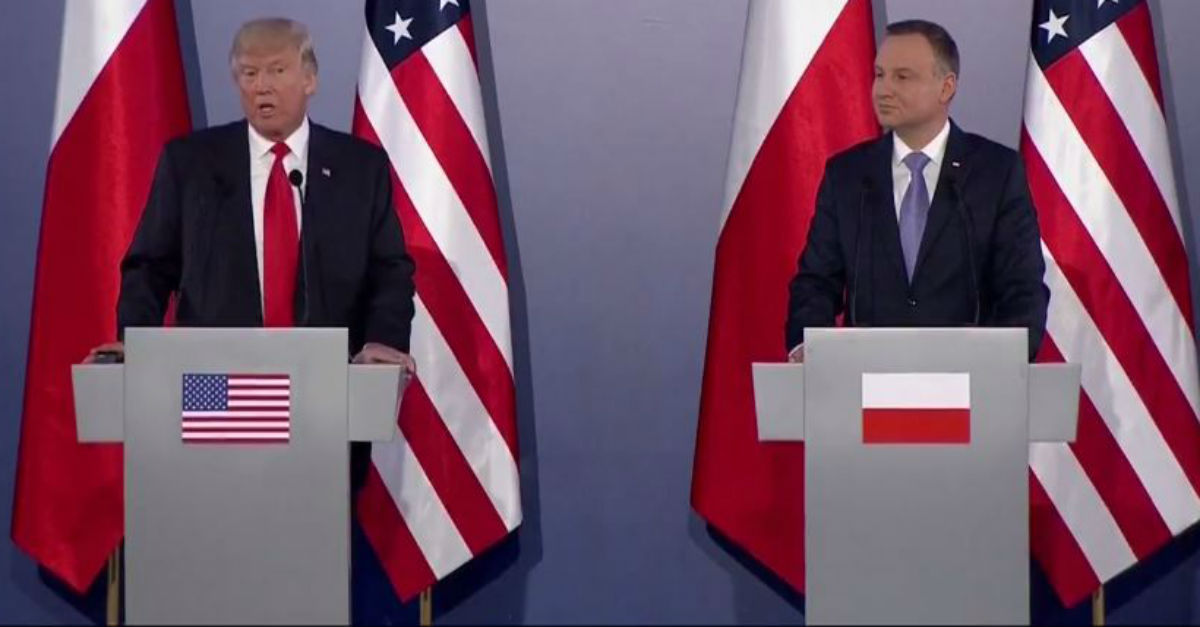