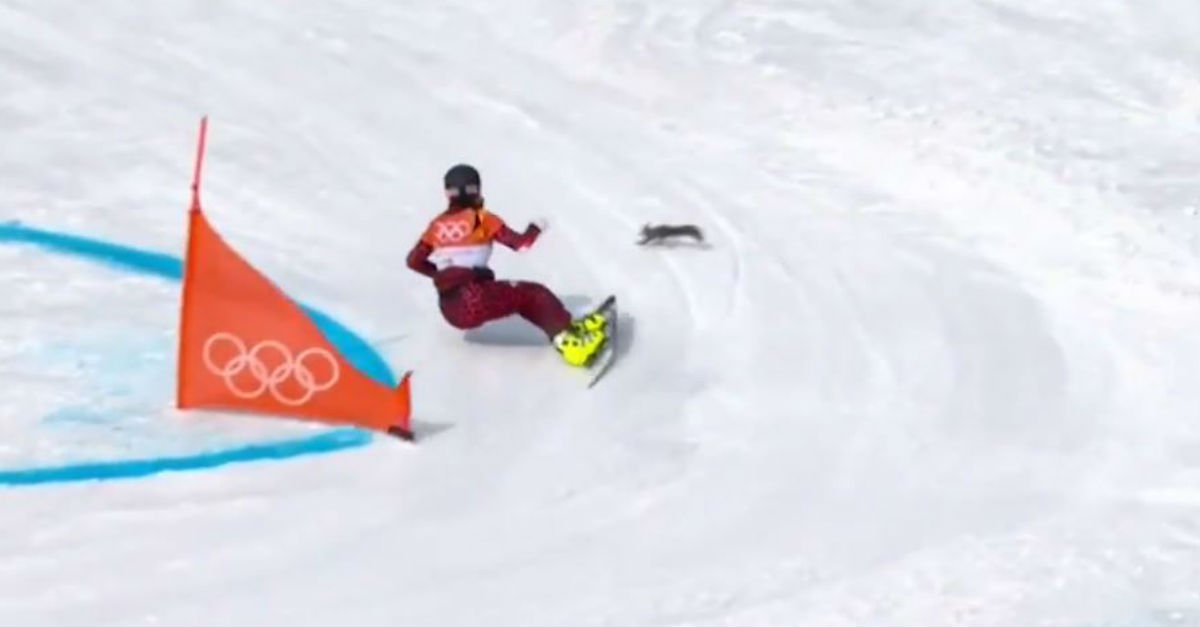 A squirrel became an unwitting Olympic participant on Saturday when the furry rodent dashed onto the parallel giant slalom snowboarding course and barely missed being run over or sliced in half by Austrian snowboarder Daniela Ulbing.

Unfortunately for Ulbing, she wasn’t quite as lucky as the squirrel. Though she ended up winning the heat that was almost thwarted by the squirrel, she fell in the next round to Ester Ledecka of the Czech Republic.

But, Ulbing can’t be too disappointed with her loss to Ledecka. The Czech snowboarder is a regular winter games sensation. At only 22 years old, she made history at the 2018 games by becoming the first female athlete to win gold medals in different sports — she won the gold in alpine skiing last week.

After a fun and freezing few weeks, the winter games are finally preparing to wrap up. At the moment, the Norwegians are at the top of the pack with 13 gold medals and 38 total. They’re followed by Canada and Germany. The Americans are in fourth place with nine gold medals and 23 total.

And, while the sports and squirrels were fun, this year’s games also had a lot of diplomacy going on in the stands and around the venue. Vice President Mike Pence kicked off the games with his visit to South Korea where he sat only feet away from the sister of North Korean dictator Kim Jong-un. The American delegation will end with the presence of Ivanka Trump, who is in South Korea right now.