Jane Fonda, who will turn 80 years old in December, raised eyebrows during a recent interview with Stephen Sackur on the BBC’s “HARDTalk,” when she was asked if she was “proud of America today” and responded with a quick “no!”

Fonda commented on the Harvey Weinstein scandal, Vietnam, the NFL kneeling during the anthem narrative and other political issues, and she was also asked, “Are you proud of America today?”

Fonda said “no!” and specified what she is proud of.

Fonda also discussed the controversial trip she took to Vietnam in 1972 that earned her the nickname “Hanoi Jane.”

She said that she did not regret going to Vietnam, but did regret going to a “ceremony at an anti-aircraft gun,” which resulted in photos that she says made it look like she was “siding with the enemy.”

The photos are still remembered to this day.

Hanoi Jane has no credibility. pic.twitter.com/1UqAG3AgBW

“I don’t regret going to Vietnam. The United States was bombing the dikes in North Vietnam — earthen dikes in the Red River Delta. If the dikes had given way, according to Henry Kissinger, somewhere around 2 million people could have died of famine and drowning,” she said.

RELATED: Jane Fonda pushes back on the “weird thing” Megyn Kelly discussed in that painful interview

“And I thought, ‘I’m a celebrity. Maybe if I go, and I bring back evidence.’ And it did stop two months after I got back, so I’m proud that I went. It changed my life all for the good,” she added. “The thing that I regret is that on my last day there, I made the mistake of going to a ceremony at an anti-aircraft gun.” 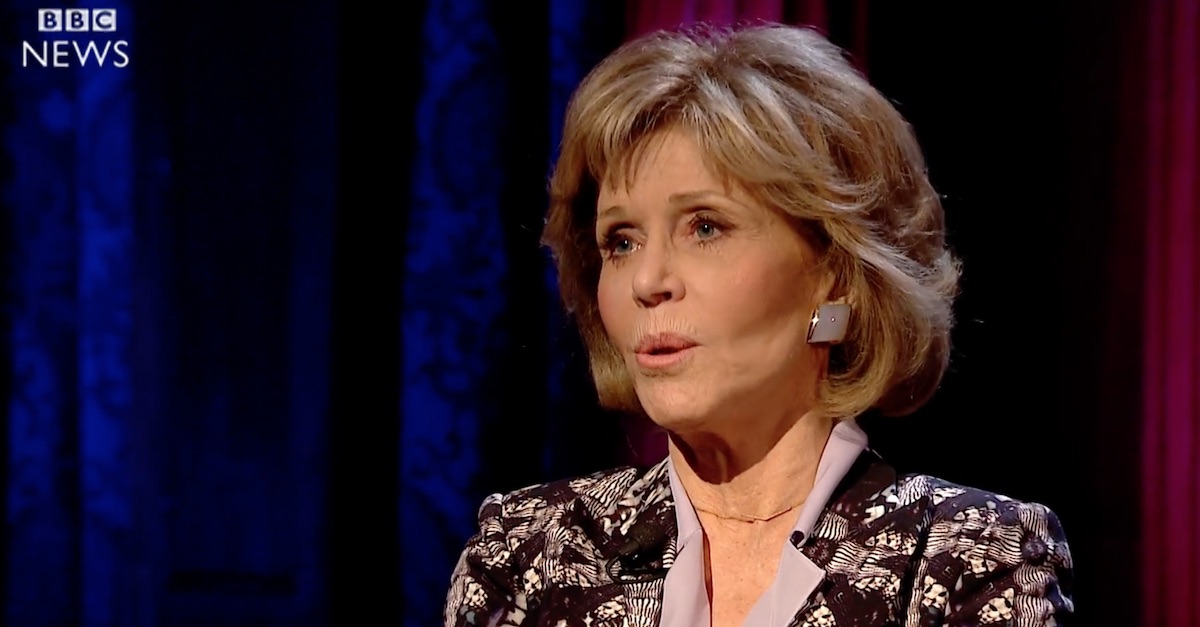