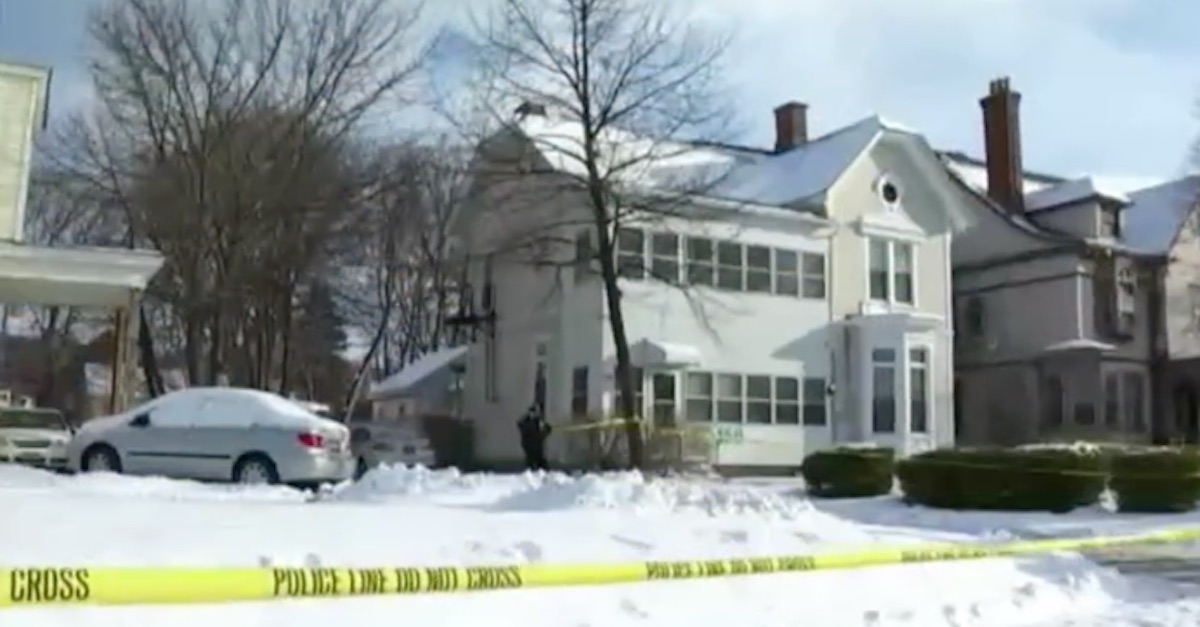 Four people were found dead in an apartment basement in Troy, N.Y., on Tuesday the day after Christmas and police are treating the “suspicious” scene as a quadruple homicide.

While we do not yet know the names of victims, ages, genders or causes of the deaths, we do know that police are treating the incident as a possible quadruple homicide.

The bodies were discovered Tuesday afternoon in a basement apartment in a house in Troy, a city near Albany. The Albany Times-Union says the building?s property manager discovered the dead.

“The deaths appear suspicious,” he said. “It’s horrible, terrible, sad […] Especially at this time of year.”

Officers swarmed the street and cordoned off the area around the house.

A phone call to one of the home?s apartments was answered by someone who declined to comment.

WNYT was on the scene and reported that many people walked up to the cordoned off area and tearfully asked police whether the dead were their family members.

You can watch that full report below.

Authorities did not comment on the nature of the deaths or identities of the deceased at the scene.