President Trump criticizes one of his oldest political allies 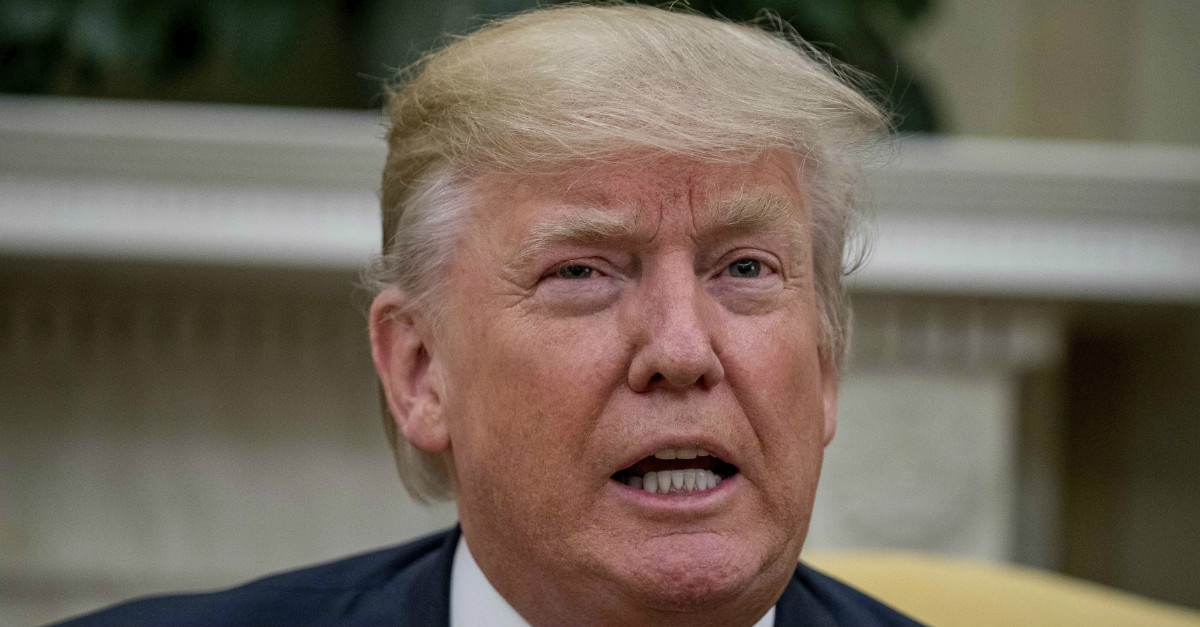 On Wednesday evening, three top New York Times writers entered the Oval Office for a rare interview with President Donald Trump. The commander-in-chief was cordial and lighthearted — according to the transcript that the Times released, the president’s first words were “Hi fellas, how you doing?” At one point in the interview, his granddaughter scurried into the Oval Office and showed off her ability to speak Chinese.

Unsurprisingly, a lot of the questions hit on the Russia “cloud” that has hung over the Trump White House. The president defended his son’s meeting with a Russian attorney and hit on the special investigation conducted by Robert Mueller, saying, “I have done nothing wrong. A special counsel should never have been appointed in this case.”

Moments later, President Trump attacked Attorney General Jeff Sessions. The president stated, “Sessions should have never recused himself, and if he was going to recuse himself, he should have told me before he took the job, and I would have picked somebody else.” Sessions is one of Trump’s oldest political allies and appeared with him at campaign events throughout the election cycle. Trump noted, “If he would have recused himself before the job, I would have said, ‘Thanks, Jeff, but I can’t, you know, I’m not going to take you.’ It’s extremely unfair, and that’s a mild word, to the president.”

President Trump also criticized Deputy Attorney General Rod Rosenstein, whom he says Sessions “hardly knew.” He noted that Rosenstein is from Baltimore, pointing out, “There are very few Republicans in Baltimore, if any.” The president then returned his attention to Robert Mueller’s investigation, noting that Mueller was originally interviewing to replace Comey as the head of the F.B.I.. Trump was also critical of Comey’s testimony, saying that it was “loaded up with lies.”

His distaste with Sessions’ recusal drew criticism from Democrats. Former Attorney General Sally Yates wrote on Twitter, “[Trump’s] attack on Russia recusal reveals yet again his violation of the essential independence of DOJ, a bedrock principle of our democracy.” Preet Bharara, who is one of the U.S. attorneys that the Trump administration fired, mocked the interview, writing on Twitter, “I am looking forward to having Jeff Sessions & Rod Rosenstein as colleagues at [the NYU Law School] soon. Maybe we can teach employment law together.”