TRUMP to HELLER: "Look, he wants to remain a senator, doesn't he?" pic.twitter.com/LFiwuEY693

Speaking to the crowd, Trump asked if Heller, who is up for reelection in 2018, wanted “to remain a senator.”

“Any senator who votes against starting debate is really telling America you are fine with ObamaCare,” he added in the face of Heller’s opposition to the healthcare bill.

A pro-Trump PAC previously launched campaigns against Heller for his vote. It was not received well by several Republicans, who asked the PAC to take the ads down.

The Hill reports that Trump also sat between two other no-votes, Sens. Lisa Murkowksi (R-Alaska) and Susan Collins (R-Maine), at a previous meeting.

RELATED: More Americans support impeaching President Trump than approve of the job he’s doing, according to a new poll

It wouldn’t be the first time Trump has threatened a Republican official on camera.

In February, Trump told a Texas sheriff that he would “destroy” the career of a state politician working to end civil asset forfeiture. The exchange occurred on live television.

In April, Trump also made a joke about “easily” replacing United Nations Ambassador Nikki Haley if the other people in the room didn’t like her. The moment also occurred on live television as she sat next to him. 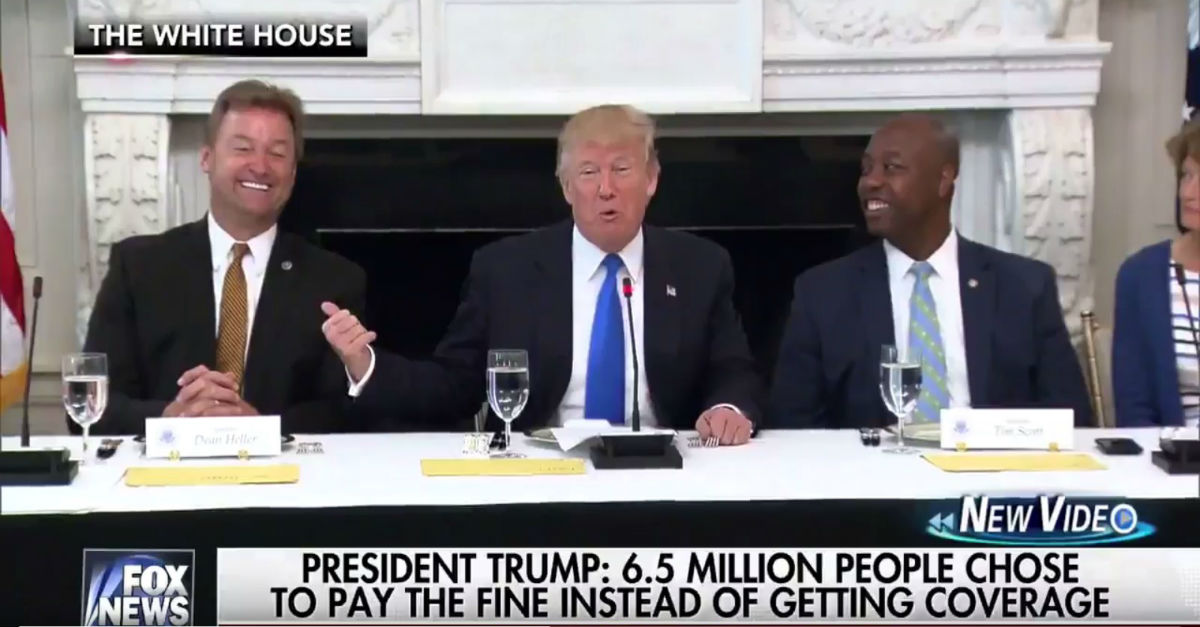