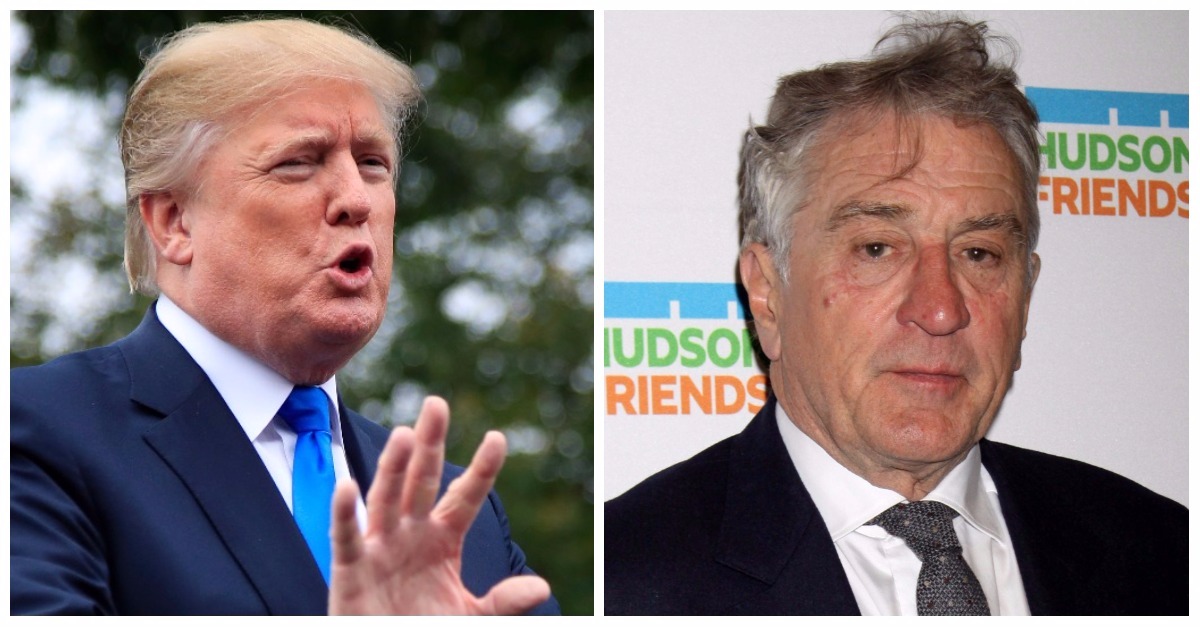 Legendary actor Robert De Niro has been an outspoken critic of President Donald Trump, and he continued to rail on the commander-in-chief Tuesday night, calling him the “jerk-off-in-chief.”

De Niro was addressing an audience at the National Board of Review Annual Awards Gala in New York City, and he decided to go off script and talk about the president.

The records of the speech came from audience members, who quoted De Niro’s harsh condemnations on social media.

Robert De Niro tears into Trump at NBRs, calling him “this f—-ing idiot,” “a f—-ing fool” and the “jerk-off in chief.”

The actor has assembled quite the arsenal of anti-Trump messaging, which started employing prior to the 2016 election when he urged voters to cast their ballots for Hillary Clinton.

“I know we’re here to celebrate movies in Hollywood … but it’s two days before a frightening election, and the shadow of politics is hanging over us whether we like it or not, and it’s hard for me to think about anything else,” De Niro told the audience at the 2016 Hollywood Film Awards. “So let me just lay it out right here — we have the opportunity to prevent a comedy from turning into a tragedy. Vote for Hillary Tuesday.”

YouTube is chock full of examples of De Niro speaking out against Trump.