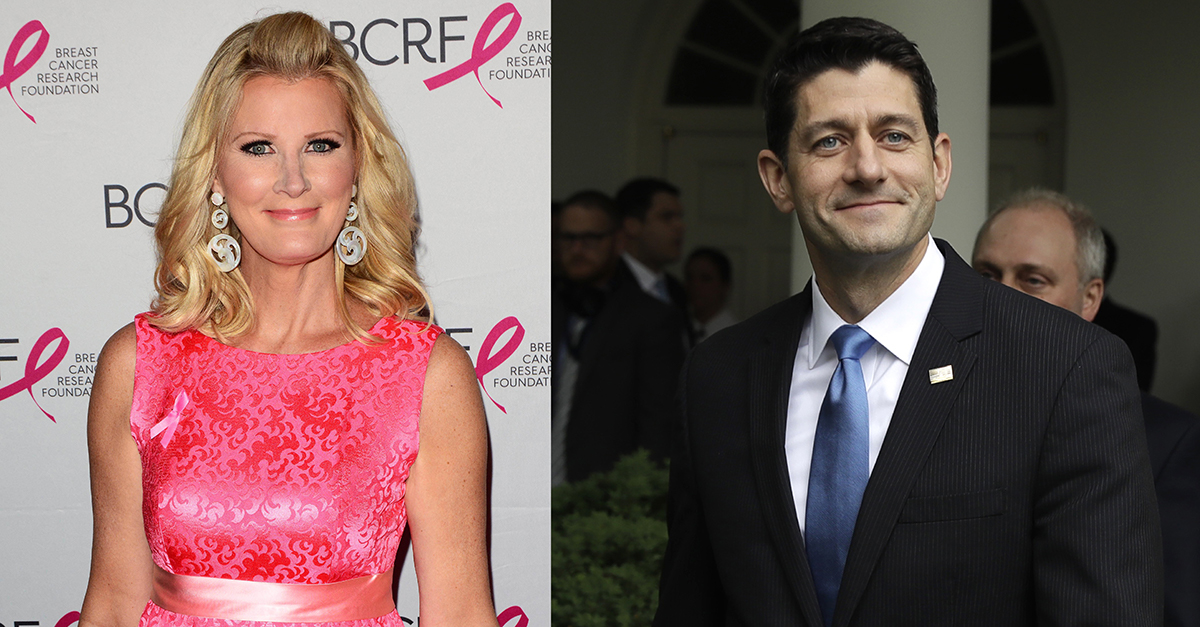 Television chef and author Sandra Lee is no fan of House Speaker Paul Ryan. Last week, Lee kicked Ryan out of her kitchen on “Fox & Friends” and now Page Six has revealed why she did it: she just can’t stomach the man.

“At first what occurred to me is that we are both from Wisconsin,” Lee told Page Six following its report that she refused to let Ryan join her cooking segment. “And I realized he is the one thing from Wisconsin that I cannot tolerate or stomach. I just do not stand for anything he stands for. I was so angry I was shaking, and I never had that experience before in my life or on any show.

“I love ‘Fox & Friends.’ That was the only time that happened to me. I do not get angry for too long. He left the set, and I was back to Sandra Lee.”

A source revealed to Page Six what went down on the show. Lee, who is the girlfriend of Gov. Andrew Cuomo, was set to make her appearance on “Fox & Friends” following a segment that included Ryan.

The show’s hosts asked Ryan to stick around for Lee’s cooking demo, but during the commercial break, Lee, so flustered by Ryan’s presence, told the Speaker, “I need you to go away so I can collect my thoughts, prepare, and get ready for the segment.”

RELATED: When will Republicans awaken from their deep slumber and condemn Donald Trump?

“I have been really surprised about the reaction […] I think it is because I have never stated my opinion,” Lee said. “Just because I chose not to state my opinion does not mean I do not have one. When it comes to health care or childhood hunger issues, I am not going to be quiet, tolerant or silent about my experiences or my convictions.”