Sean Hannity is taking a little break from his show, causing speculation to swirl about his future at Fox 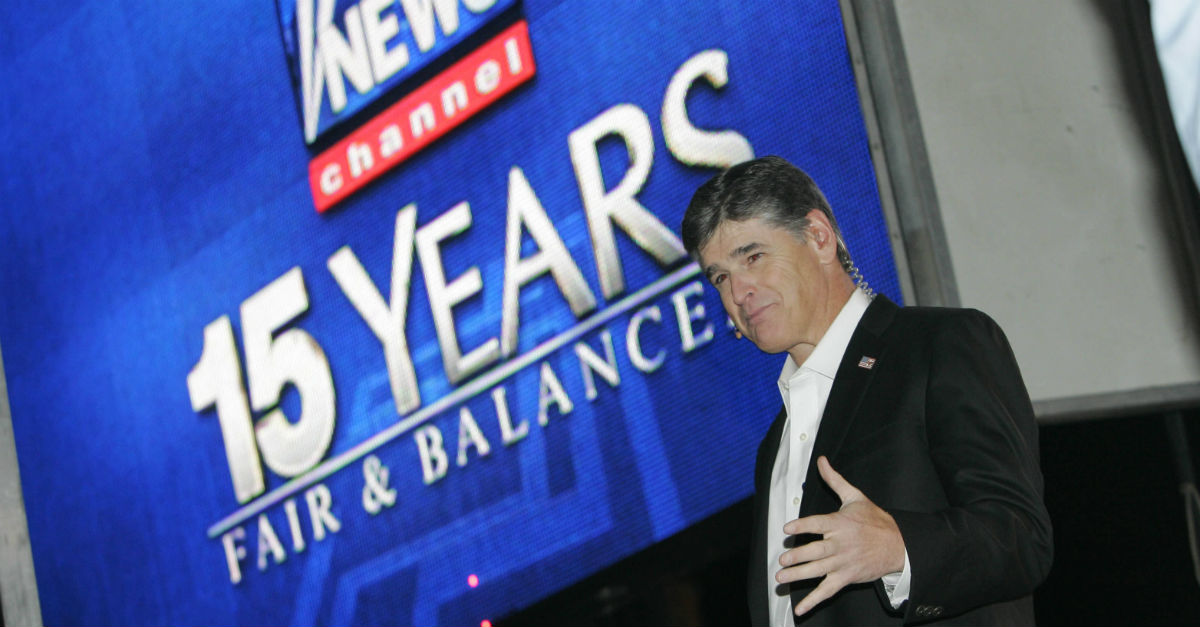 AP Photo/John Amis
Sean Hannity talks to the live audience during the taping of Fox News Channel's "Hannity" which is on the road celebrating the network's 15th anniversary, held at Centennial Olympic Park in Atlanta, Thursday, Oct. 6, 2011. (AP Photo/John Amis)

Sean Hannity is taking a little break from his show on Fox News.

The Fox News host has come under tremendous fire for continuing to push a story on his show regarding the murder of a DNC staffer that has been thoroughly debunked. Hannity to promote conspiracy theories about Seth Rich’s death, even as the family of the deceased staffer begged media outlets to stop politicizing the story. On Tuesday, Fox News finally released an official retraction of the conspiracy theory on its website.

Later that night, Hannity agreed to cease covering the story as well, “out of respect for the family.” He also said he’ll continue on at Fox News for as long as the network want him.

RELATED: A resolute Sean Hannity tweeted well into the morning about his quest for truth in a DNC staffer’s death

Now there’s some speculation that Fox News might not want him much longer. Hannity’s taking a little break from his show — two days off the air — on Thursday and Friday, “The Five” host Kimberly Guilfoyle reported. She’ll be Hannity’s replacement for the remainder of the week.

That announcement came after reports of multiple advertisers pulling their spots from Hannity’s show.

Hannity took to Twitter Wednesday night to let everyone know the break is nothing out of the ordinary. “Uh oh My ANNUAL Memorial Day long weekend starts NOW,” he wrote.

He ended his tweet with a classic cliffhanger: “Did Hannity do last show?”

The sequence of events is reminiscent of Bill O’Reilly’s final days on the air. Advertisers, one-by-one start pulling their ads until it became an avalanche. When it was announced that O’Reilly would be taking a break, he tweeted that he was just taking his normal vacation. He was then fired.