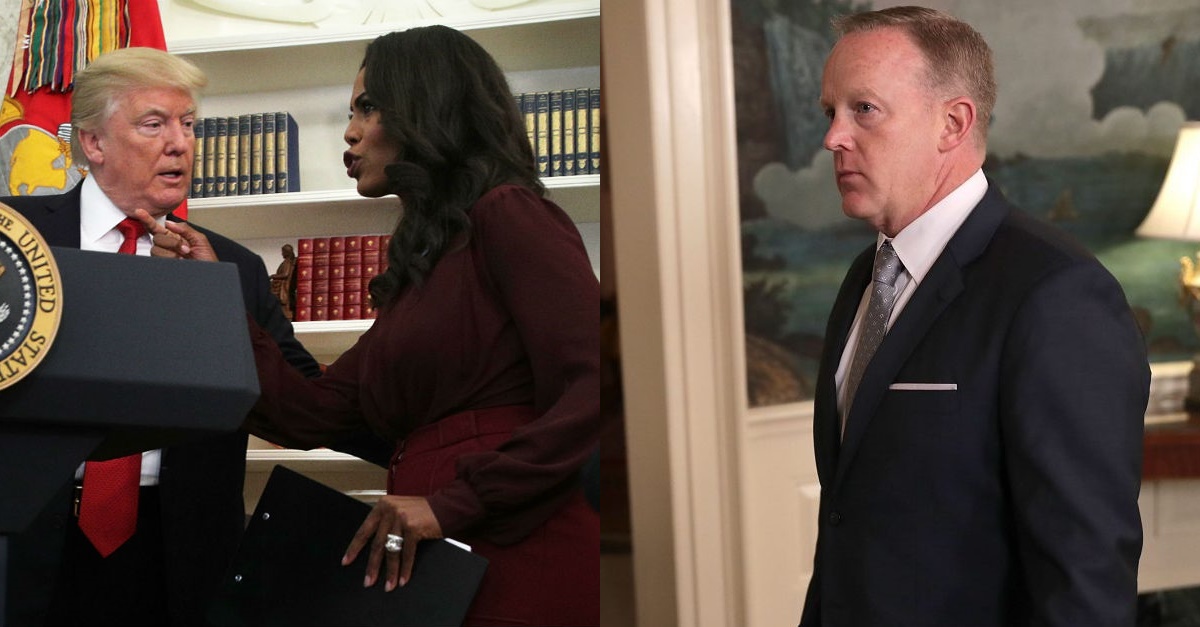 Former White House press secretary Sean Spicer revealed that he wasn’t sure why Omarosa Manigault Newman was hired by President Donald Trump to work at the White House.

During an interview with Fox News’s Laura Ingraham, Spicer was asked why the president hired the former reality TV star.

“[Did] she have any qualifications to work in the White House?” Ingraham asked.

Ingraham then referenced the fact that the former “The Apprentice” star had campaigned for the president during the 2016 election.

“I think the president brought a lot of people who wanted to fulfill his agenda,” the former press secretary said. “And that’s his prerogative,” adding, “I wish her the best. But I don’t – I’m not really sure.”

Rumors have floated around for a while that Manigault Newman would be leaving the White House soon because White House Chief of Staff John Kelly was pushing her out, but her departure didn’t happen until this week.

“Omarosa Manigault Newman resigned yesterday to pursue other opportunities. Her departure will not be effective until January 2018. We wish her the best in future endeavors and are grateful for her service,” Sanders said in a statement.

For his part, President Trump sent out a cordial tweet to Manigault Newman thanking her for her service.

Thank you Omarosa for your service! I wish you continued success.

RELATED: Omarosa goes to war with Robin Roberts after being called out on live TV