Supermodel Kate Upton works out like a Marine, and it’s all for a good cause 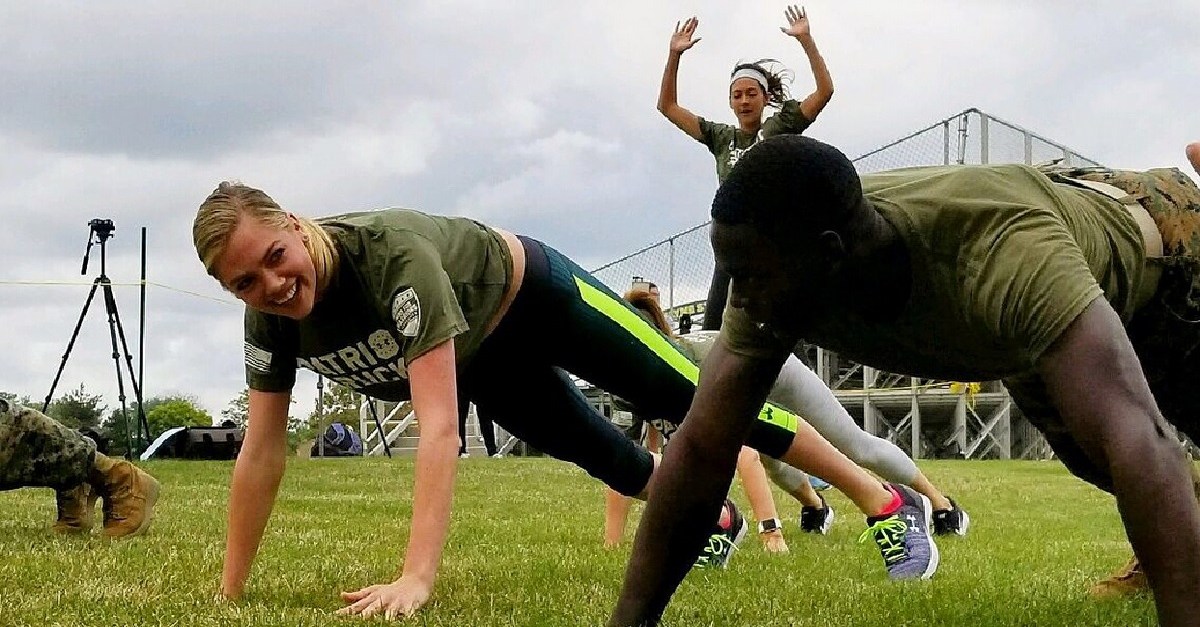 Supermodel Kate Upton joined the Marines! But just for a workout.

Upton attended a Tuesday event called Workout with the Marines, put on by the Wins for Warriors foundation. The workout was put on to gain publicity for Wins for Warriors’ Detroit Marine Week. Upton’s fiancee, Detroit Tigers pitcher Justin Verlander, founded Wins for Warriors. The foundation’s site claims to have given over $1 million to nonprofit organizations for veterans since founding in 2013.

Thanks to the @marines for getting me ready for #MarineWeek and the @winsforwarriors Patriot Ruck!! I have few more workouts to go before I'm ready 😂 #rucktohonor #winsforwarriors Thank you GySgt Sara Pacheco! #UnlikeAny #UAFreedom

RELATED: Kate Upton to award voters: “I thought I was the only person allowed to f**k Justin Verlander?!”

She, along with a group of other spouses of Tigers players (the “Tiger Wives”) ran through burpees, traveling push-ups, prisoner squats, toe touches and more, according to the Detroit Free Press.

Detroit Marine Week (September 6-10) will honor members of the Marine Corps and families of USMC members with community outreach activities in the Detroit area, according to the Free Press.

Marine Week will be marked by the first annual Patriot Ruck walk on September 9.