He and others brought their own portraits of Trump and Shulkin to the hospital so that they could be hung up.

Unfortunately for the veterans, the pictures were taken down only after some hours.

Mast appeared on a Thursday segment of “FOX & Friends” to criticize the actions taken by the VA: “This is exactly what pisses people off about the government, is they don’t have that kind of reactionary capability to just fix a problem immediately. Here we see they made an even bigger problem out of the situation.”

Mast had also criticized the actions as “political.”

Mast’s story also appeared on “FOX & Friends” the day before:

On Twitter, he said that it was “disappointing to see resistance:”

After so many vets contacted me, disappointing to see resistance from VA over hanging portraits of Commander in Chief & VA Secretary. https://t.co/tHIznwut7q

The full interview can be viewed below: 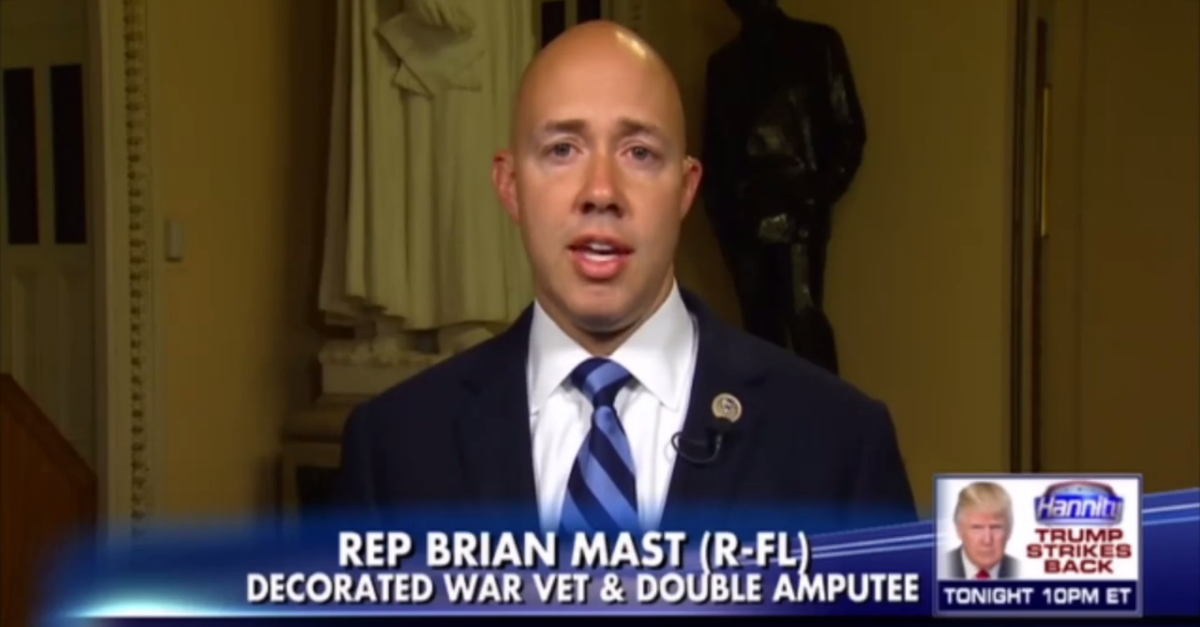