For over 25 years, Aaron Sorkin has written movies, plays, and television shows that represent an idealistic America he believes is attainable.

Sorkin’s style of writing and distinctive narrative pace have made his works — including “A Few Good Men, “The West Wing,” and “The Newsroom” — among the most popular pieces of art in modern times.

At Sunday’s Writers Guild of America gala, Sorkin was recognized for his long, inspiring career.

RELATED: Robert De Niro rips into President-elect Trump now that he can’t “punch him in the face”

Like many celebrities of a certain caliber, Sorkin turned his speech into an opportunity to assess the country and, more specifically, its president.

According to Sorkin, writers in Hollywood are faced with a unique task of trying to create during a hot political climate.

“The most powerful delivery system ever invented for an idea is a story. The men and women in this room, and one just like it in New York, are America’s storytellers, and we come from everywhere,” Sorkin said.

The bulk of Sorkin’s speech was a monologue on the idea that intellectuals, liberals, and people from the coasts are somehow less American than their flyover counterparts.

Sorkin then closed by noting that it was his dream come true to become a writer, and that he and his fellow writers, no matter their politics or creed, should never forget that.

“The most powerful delivery system ever invented for an idea is a story, and we’re America’s storytellers. And my dream of being one of you has come true,” he said. 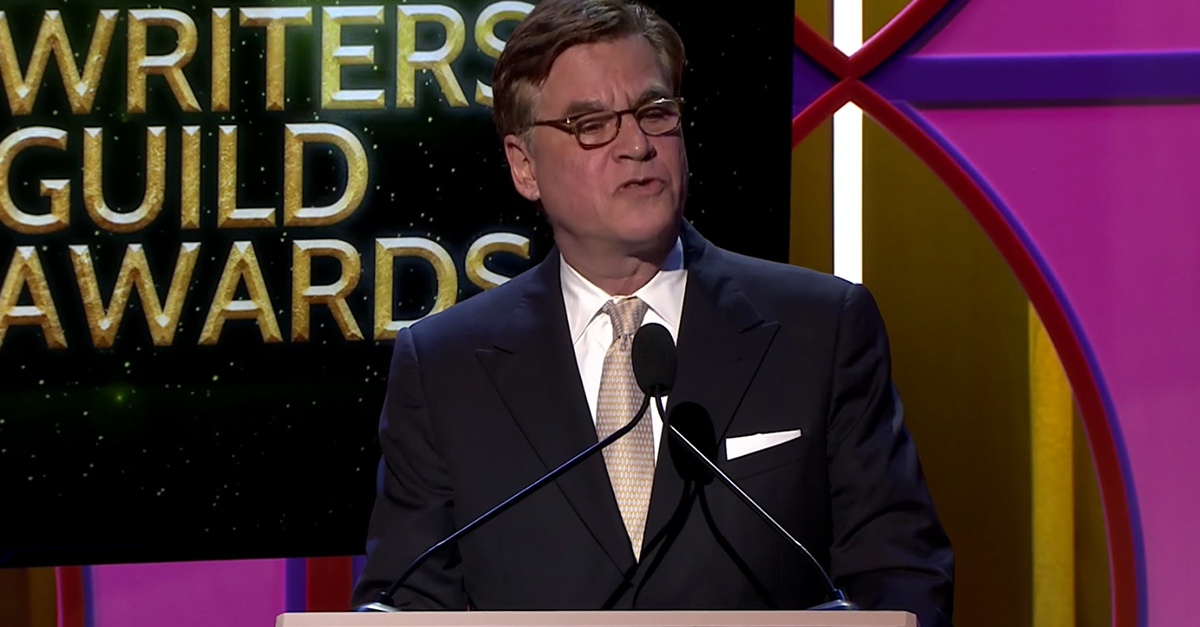