MSNBC’s Joe Scarborough has found himself in yet another fight, this time against Fox News’ Sean Hannity.

Hannity has come under fire as of late for peddling a conspiracy theory about the death of Democratic National Committee staffer Seth Rich and continuing to do so even after Rich’s family asked him to stop.

Fox News even retracted a story about Rich from their own site. Hannity later responded by maintaining that he “retracted nothing.”

On Friday, Scarborough criticized Hannity’s continued coverage and handling of the story as “gross and repulsive.”

In an interview with Mediaite, Hannity hit back at Scarborough’s criticism.

“LOL, Joe and Mika are so cute together. Do they hold hands under the desk?” he taunted. “That would be the only reason to watch the low-rated daily emotional breakdowns they have.” 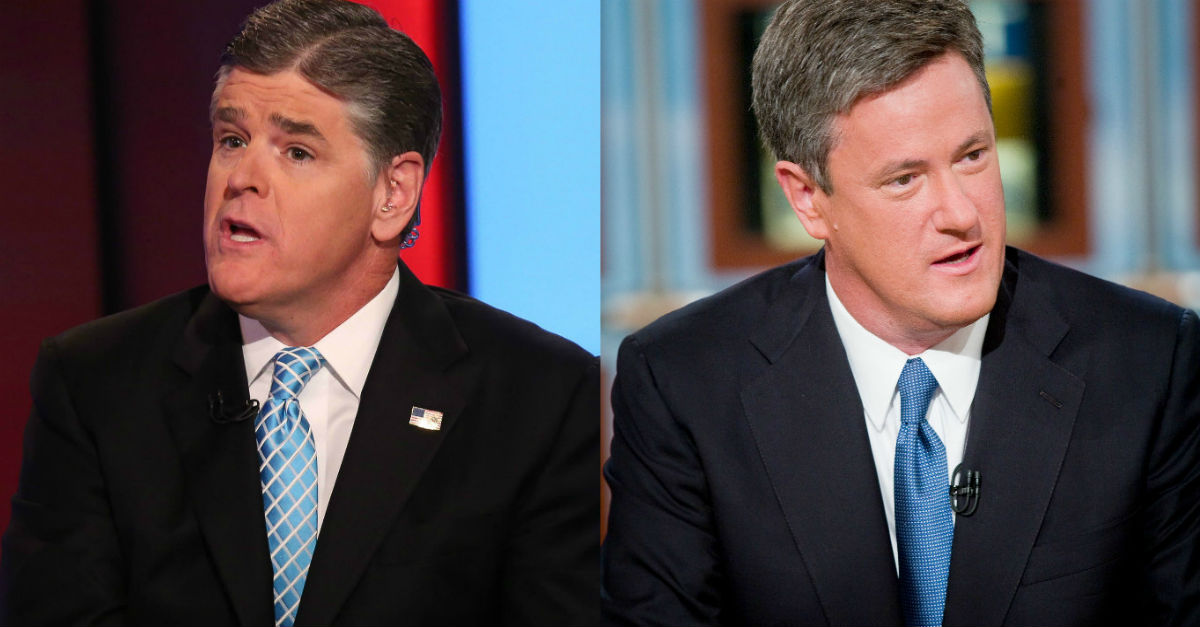