Bernie Sanders made an appearance on CNN on Jan. 9 for one of the network’s town hall events. The conversation quickly took a heated turn when a Donald Trump supporter pressed the Vermont Senator about Obama administration regulations.

RELATED: Bernie Sanders printed out a Trump tweet and presented it on the floor of the Senate

Sanders made it very clear in his swift response that he does not believe the Obama administration is against business owners. First addressing Jacobs’ comment about tax increases, Sanders said, in his typically matter-of-fact way, that the Obama administration increased taxes on only the most wealthy. When Jacobs’ attempted to interrupt Sanders’ train of thought, the Senator was quick to snap back “excuse me” and continue speaking.

“Obama did raise taxes on the top 1 or 2%, and you know what? I would have gone further. I think the wealthiest people in this country are doing phenomenally well,” Sanders added.

Then turning to the subject of regulations, Sanders made it clear that he believed Jacobs’ statement was too broad. Citing that many regulations don’t even come from the Obama administration, but rather from state and local governments. “It’s very easy to blame Barack Obama for everything, by the way. Some of those regulations may be state, may be local,” Sanders said. Sanders also added that the bigger issue with deregulation is that there are large corporations (and perhaps even small ones, too) who would pollute our water, land, and air for the sake of making millions.

Sanders and Jacobs looked visibly annoyed with each other throughout the entire tense exchange. 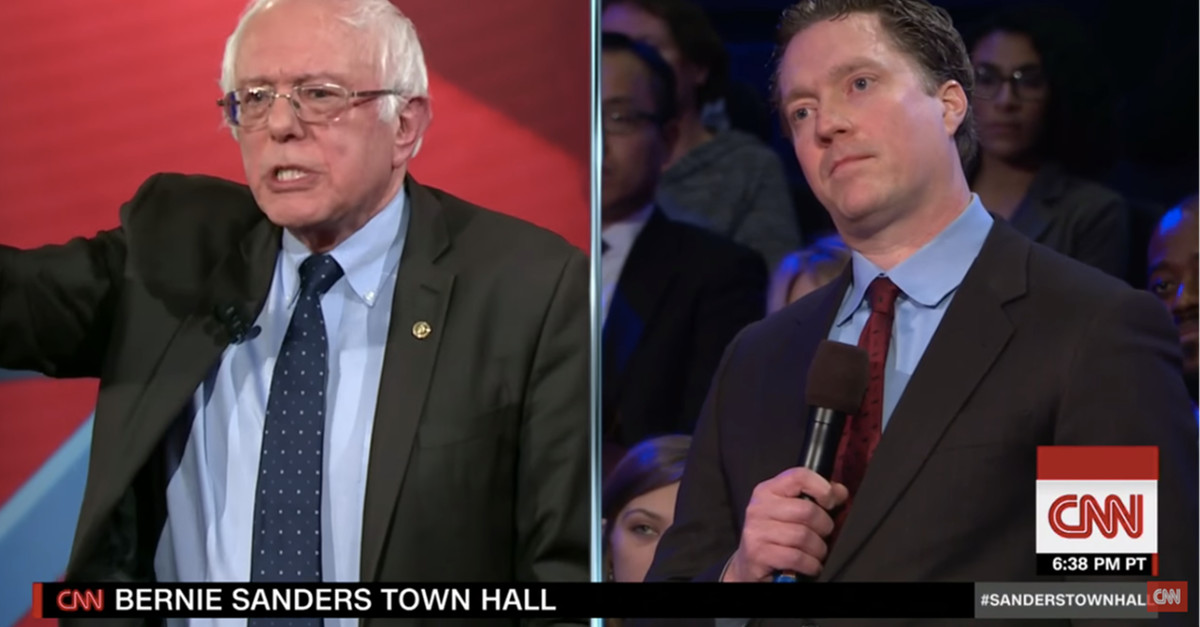