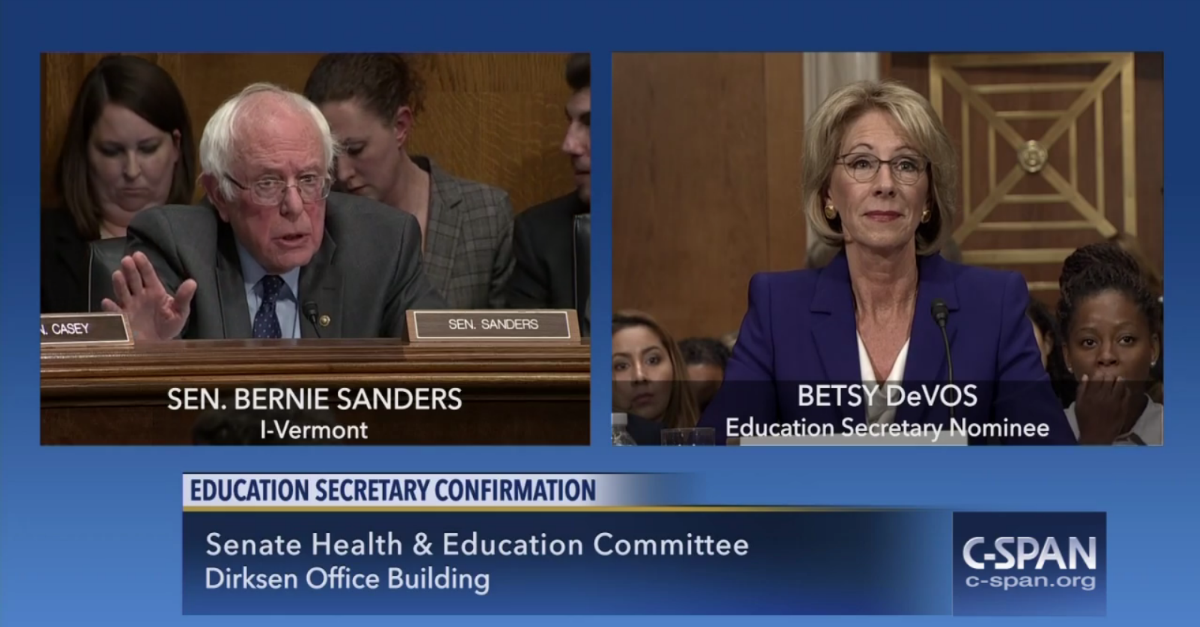 Sanders asked if DeVos would be willing to work with him on combating student debt and making college tuition free.

“I think that?s a really interesting idea, and it?s really great to consider and think about, but I think we also have to consider the fact that nothing in life is really free,” she replied.

“I think we can work toward and work hard to make college education in some way affordable,” she said, similar to her first answer.

Sanders also criticized her donations to the Republican Party, suggesting it may have influenced her appointment:

You can watch the full hearing below: