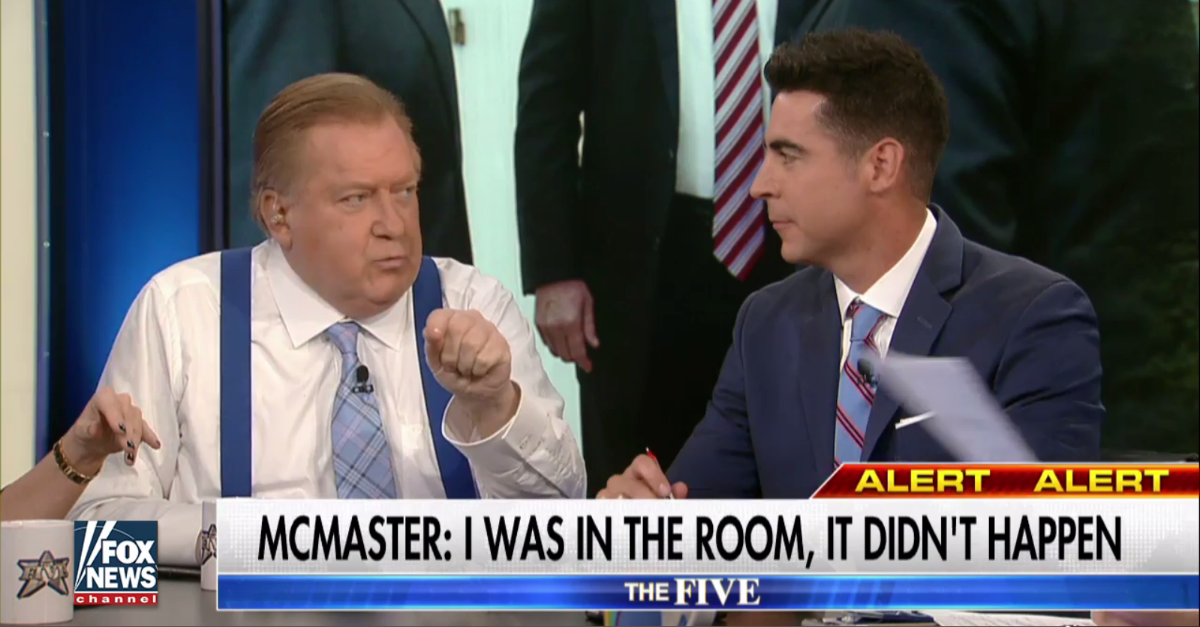 Bob Beckel and Jesse Watters of Fox News’ “The Five” got into a fight over a Washington Post report that President Trump willingly shared classified information with Russia.

“This leak is a serious leak,” Beckel said as he recalled his time in the White House. Beckel argued that the information that was shared was gathered by a third-party country, which is now unlikely to assist the United States again in the foreseeable future.

Watters jumped in to criticize the Washington Post’s reporting while Beckel shouted back.

After Beckel added one more word on Trump, Watters listed the ways the Washington Post reported on stories incorrectly. Kimberly Guilfoyle jumped in to say that Watters could find better arguments than the ones he used.

A few of Watters’ colleagues put their heads in their hands when Watters said, “We also know that Trump has been at war with intelligence agencies for a very long time.”

“Your understanding of this stuff is so sophomoric,” Beckel replied.

Two tweets on Tuesday morning only served to confirm what many believe to be evidence that the president was indeed loose with his information.