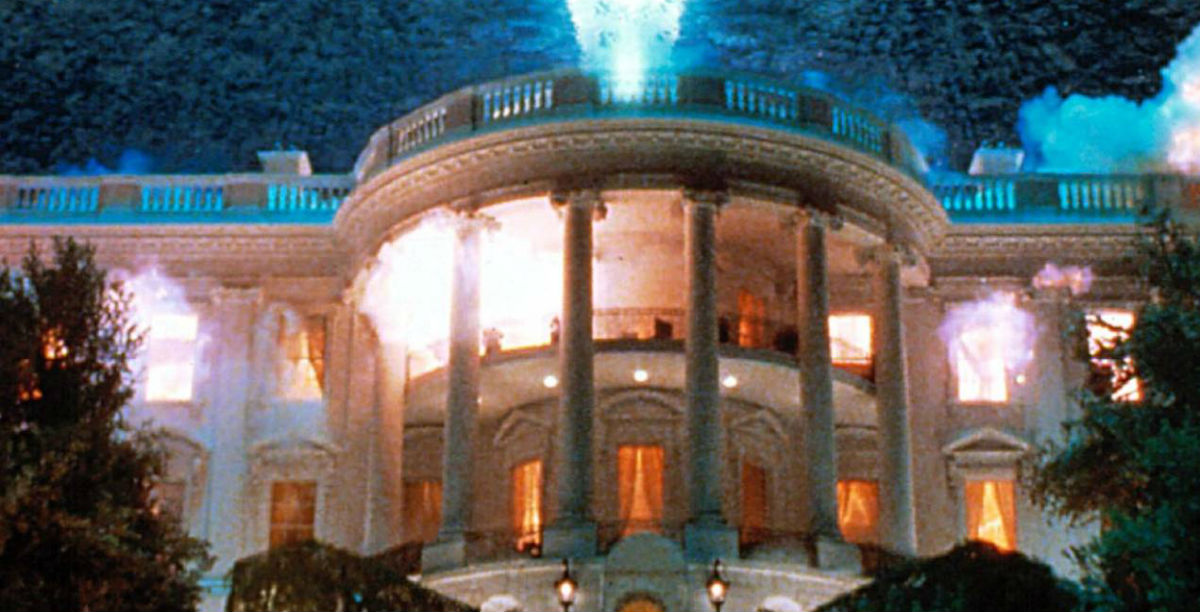 Today, as we celebrate our Independence Day, let us not forget the Invasion of 1996, in which millions lost their lives while brave heroes named Will Smith, Bill Pullman and Jeff Goldblum fought for our freedom, not from tyranny, oppression or persecution, but from annihilation.

Roland Emmerich’s “Independence Day” is an underrated gem that, thanks to losers and haters, currently sits at a 6.9 IMDb rating and a Metacritic score of 59. It is my favorite guilty pleasure movie that side of the “Fast and Furious” franchise.

As with most “guilty pleasure” movies, there’s less guilt involved here than that term might suggest. My English degree may never make me the big bucks, but it has prepared me to plumb summer popcorn flicks to depths that many would say don’t exist. After watching “Independence Day” several times over the years, I am willing to embrace cliché by saying that it has made me laugh, cry and think, and that it is, as its name would suggest, the perfect movie for the Fourth of July.

The tone of the film alone is a masterful balancing act. As the world’s major cities are annihilated and millions perish, Jeff Goldblum and Judd Hirsch never falter in their two-man Jewish comedy shtick, Russell Casse makes us chuckle with his drunken paranoia and Will Smith keeps up a steady stream of patented Will Smith one-liners, the finest of which occurs when he punches an alien in the face before shouting “Welcome to Earth!”

These scenes, however, do not dominate the film. We feel somber as American pilots are slaughtered by superior alien fighters and terrified as a captive alien breaks free and kills a government scientist (yes, I know he’s alive in the sequel, but the sequel is horrible and I refuse to acknowledge its existence).

This blend of heavy drama and light comedy has been a feature of great storytelling from Shakespeare to Dickens to Tarantino. The stories that mix those elements just right stick with us, perhaps because they most accurately reflect real life.

Any movie can be depressing the whole time, but the brilliance of “Independence Day” is that it provides a credible and frightening threat of worldwide destruction while keeping in front of us the quirks of humor and personality that make the world worth saving. If you can’t scream “Elvis has left the building!” as you fly out of an exploding mothership, the aliens might as well win.

We experience the invasion from the perspectives of a young president, an alcoholic crop duster, a wisecracking black Marine officer and a Jewish cable repairman, providing a wonderful cross-section of America and showing us that anyone is capable of great acts of valor, brilliance and compassion.

President Whitmore begins as an indecisive leader with a failing legislative agenda, and by the end becomes the first president since James Madison to command troops in battle and delivers a speech that is second only to the Gettysburg Address in the annals of American rhetoric.

“We can’t be consumed by our petty differences anymore,” Whitmore says. It’s a common theme in sci-fi that in comparison to the overtly threatening otherness of the aliens, the otherness of race, nation and creed seems less relevant. Far from melting away, though, these differences provide the zest and life of the movie. As the final battle rages overhead, Judd Hirsch’s character dons a yarmulke and invites others to join him in prayer. “I’m not Jewish,” the former secretary of defense protests, to which Hirsch’s character replies, “Nobody’s perfect.” Some of the most delightful dialogue in the film is between Smith and Goldblum, as the former’s flamboyant cheesiness contrasts with the latter’s erudite timidity.

RELATED: This Independence Day address from Ronald Reagan is all about the importance of unity

Nowhere is this brilliant juxtaposition of tones and character traits more apparent than in drunk, crazy Russell Casse’s final act of self-sacrifice. “Alright you alien assholes! In the words of my generation, ‘Up yours!’” he yells as he crashes his plane into the alien ship’s weak spot, winning the final battle. I laugh and whoop with the ground crew as they celebrate the victory, but then an officer approaches Casse’s son, who sits staring into space. “You should be proud of him,” the officer says. “I am,” the son responds.

“Independence Day” serves as the perfect reminder that we Americans are a diverse, imperfect people who despite our grandstanding and bickering are nonetheless capable of greatness not in spite of these seeming flaws, but because of them.