The Republican-backed health care bill has faced a new round of controversy after critics said it contains provisions that would cut Medicaid, including Republican Sen. Shelley Capito of West Virginia, whose constituents would be greatly affected by the cuts.

.@KellyannePolls takes on critics: I'm not going to allow people to call me a liar because they don't want to do the homework on Medicaid pic.twitter.com/BfBiwmhIPP

“Medicaid would continue to be funded,” Conway said, just before criticizing former President Obama of not keeping costs down.

Conway said that Medicaid expanded beyond “the poor, the needy and the sick,” as was initially intended.

“I’m not going to allow people and detractors and Trump-haters to call me a liar because they don’t want to do the homework and look at what’s actually happening to Medicaid,” she added.

Conway also said that the bill didn’t cut Medicaid during a Sunday appearance on ABC’s “This Week:”

.@KellyannePolls on Senate GOP health bill: "These are not cuts to Medicaid" https://t.co/HKRI6JgJhg #ThisWeek pic.twitter.com/efwam9RaIF

“This slows the rate for the future, and it allows governors more flexibility with Medicaid dollars, because they’re closest to the people in need,” she said. 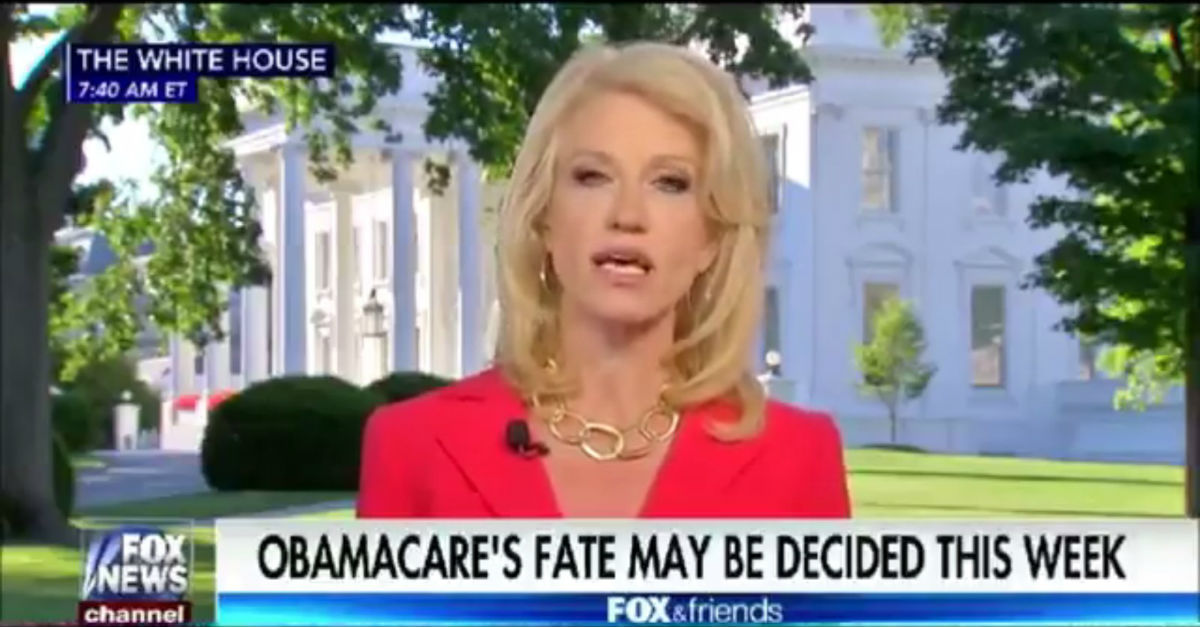