Kellyanne Conway made an appearance on “Fox & Friends” this morning to discuss President Donald Trump’s new executive order on immigration.

This new executive order is the Trump administration’s attempt to correct an initial executive order on immigration that was met with anger and protests. Back in January, Trump signed an executive order indefinitely banning Syrian refugees from entering the United States and putting a 90-day hold on immigrants traveling to the country from seven majority-Muslim Middle Eastern countries. Chaos soon followed, with countless men, women and children detained in airports around the United States. Many of them had travel or work visas that had previously been approved.

RELATED: A day after President Trump’s immigration executive order, a federal judge made a huge decision on its legality

Conway began the segment by talking about the Trump administration’s dedication to continuing to pass major pieces of the White House’s legislative agenda. This includes, of course, a new executive order on immigration that will be signed today. Conway said that even under the previous executive order, immigrants living in the country legally were always going to be safe — but the language is made much more clear in the new EO. “The legal permanent residents were always excluded from it, but that’s made much more clear now. If you have travel docs, if you actually have a visa, if you’re a legal permanent resident, you are not covered under the particular executive action.”

Conway also announced that Iraq is no longer on the list “based on their enhanced screening and reporting measures.” At the very end of the segment, Conway also noted that under the new policy, Syrian refugees will be treated in the same manner as refugees from all other nations. 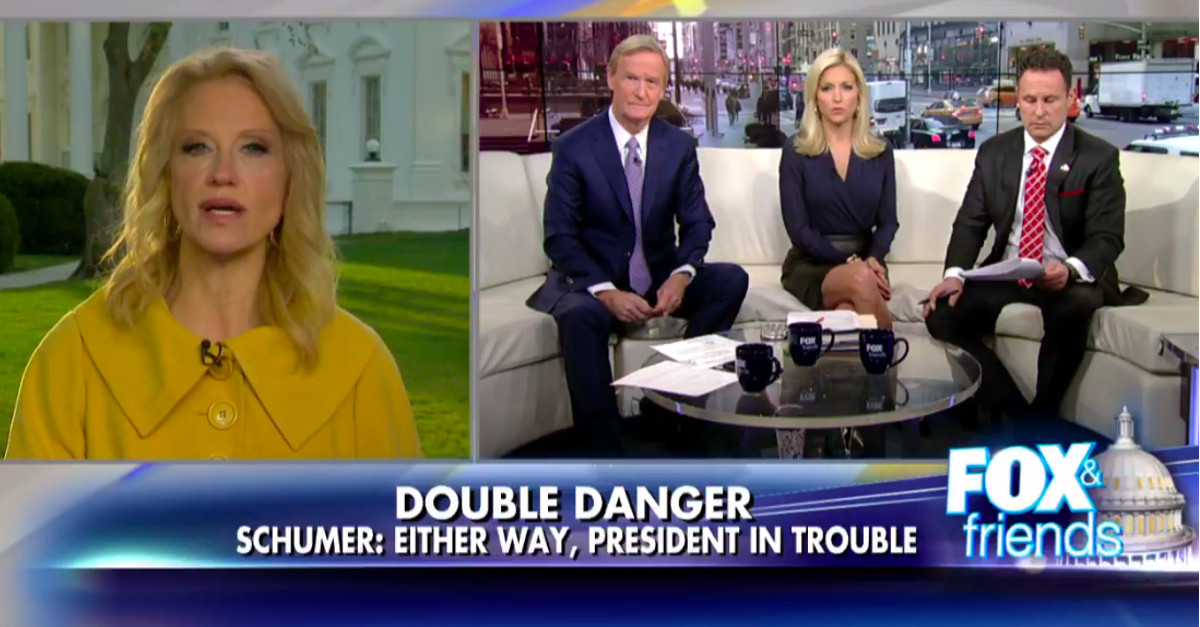