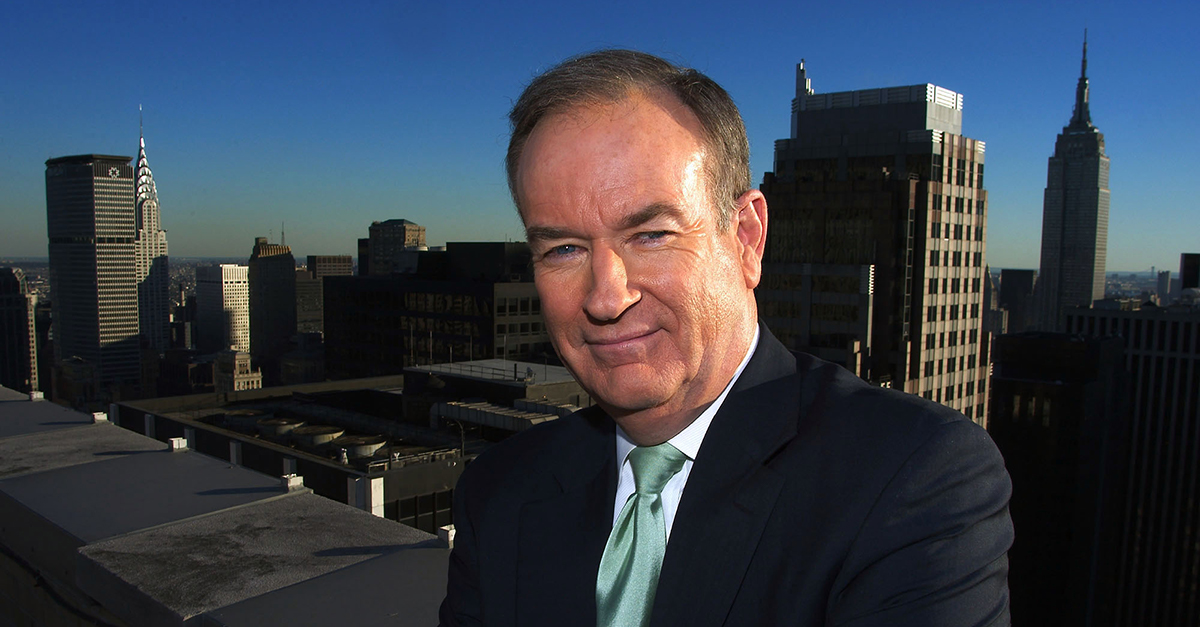 In the first six pages of “Those Who Trespass,” a lecherous newsman is killed when an intruder jams a spoon through the roof of his mouth and into the stem of his brain. Such a demise normally wouldn’t stand out in the gory thriller genre, except that this novel was written almost 20 years ago by recently deposed kingpin of family values, Bill O’Reilly. Forget “Pinups and Patriots” and “Killing Keith Olbermann” — this book, more than any of his nonfiction works, provides the most revealing window into the O’Reilly psyche.

Standing at the foot of her queen size bed, Ashley van Buren removed her sky-blue silk blouse and unsnapped her bra. Her unrestrained breasts were full and firm and she slipped a tight, white tee shirt over them. It was the kind of shirt that skinny models wore in Victoria’s Secret catalogues. Ashley’s breasts swelled the cotton fabric, and her nipples were clearly outlined underneath.

Read “Those Who Trespass” long enough and you start inserting the prurient lines into O’Reilly’s trademark news copy. For example:

He gently teased her by licking the areas around her most sensitive erogenous zone. That’s the subject of this evening’s talking points memo.

I want to talk about sex. Tell me everything about your sex life. I’ll give you the last word.

It’s 1994 and employees at the imaginatively named cable news channel GNN are being murdered. Their killer is a disgruntled former correspondent named Shannon Michaels who was fired from the network as well as from a local New York station and is now determined to exact revenge by offing everyone responsible for his stalled career. Assigned to the case is a local cliché from the NYPD Homicide Unit named (what else?) Tommy O’Malley, and you’d better believe he has a temper and loves his devoutly Catholic mother. Cue the battle of wits between Michaels and O’Malley, as they hopscotch across the country and the body count inches upward.

RELATED: Here’s what happened at Fox News on the first night without Bill O’Reilly

The hulking shadow of the author is inescapable here. O’Reilly, as I discussed in my column yesterday, is a newsman who plays a cop on TV, and the two main characters, Shannon Michaels the reporter and Tommy O’Malley the police officer, form his duality, or at least the duality that he wishes he was. Thus is Michaels “used to having the final word” while also being so good looking that he’s “a threat to other correspondents.” O’Malley, meanwhile, grew up in Levittown, the Long Island white working-class suburb from which the author hails.

Into this titanic clash of the Bill O’Reillys is flung Ashley Van Buren, a diligent crime columnist for the New York Globe who researches the GNN murders and kills time by flirting mercilessly with both Michaels and O’Malley. Ashley is a walking fantasy, a personification of how desperate viewers imagine Fox News pinups must be in real life. She is blonde—natural, O’Reilly insists—with “the face, though not the body, of a fashion model.” Yet despite her supernova sexuality, she can’t seem to find a single date in New York who isn’t an impenetrable moron, and so spends her nights at home watching television, waiting for a prince on a unicorn to crash through her wall.

Early in the novel, Ashley recalls taking a guy back to her apartment and trying to seduce him in a T-shirt, only for the bloodless Ivy League beta to impossibly resist her advance. How convenient, then, that she has two Irishmen waiting to sexually rescue her. “Those Who Trespass” re-litigates The Troubles in the bedroom. Present throughout with Freudian persistence is the idea that Irish manly men should carnally triumph over powdered-wig Old World Yalie louts who fawn over themselves more than women and probably donate to the ACLU. Ashley can scarcely glance at Michaels and O’Malley without gushing over their respective handsomeness and size, and, rather eerily, doesn’t seem to mind when they break the ice by making sexual cracks about her.

The men, meanwhile, read from their scripts, with Shannon taking Ashley to only the finest New York restaurants and O’Malley so excruciatingly blue-collar that he doesn’t know what Hootie and the Blowfish is. It’s all snowballing toward a penultimate showdown between Yin O’Reilly and Yang O’Reilly in that most virile and bare-knuckled of arenas: a Factor-style interview. O’Malley hauls in Michaels for questioning, the two size up each other; O’Reilly literally compares them to prizefighters, and the dialectical combat begins. It eventually becomes clear that O’Reilly identifies more with Shannon, who at one point goes off on a seething soliloquy in defense of news anchors, all grit and steel, constantly undermined by the cloth-suited functionaries and consultants around them. Presumably, there’s some real-life grievance shoehorned in there, even if O’Reilly doesn’t necessarily believe first-degree murder is the way to settle his scores.

“Those Who Trespass” is not the most awful way to spend a rainy afternoon. Once you get past the hackneyed characters and implausible sex scenes, it occasionally draws you in. O’Reilly ladles out plenty of interesting tidbits, from the history of the Bermuda Triangle to the origin of the word “okay.” You can do a lot worse than his portrayal of burning Upper Manhattan, which manages to invoke some of that “Bonfire of the Vanities” grime. A scene set in Falklands War-era Argentina is also compelling, though sometimes hamstrung by O’Reilly’s clinical AP Stylebook narration. This is a work of fiction by a news writer, with all the potholes that follow.

The storytelling is at times impossibly precise, relaying information like how long it takes to die after your brain stem has been crushed that none of the characters could have possibly known, while at other times it’s unnecessarily expository. In that latter vein, a strip club scene finds O’Reilly helpfully clarifying that “a lap dance” is “where a woman squirms around on one’s upper legs and groin area.” Write that one down, kids. Yes, the E.L. James bad writing tropes are out in full force, as in “Greta Brink cleared her throat and smiled a nervous smile” and “Ashley Van Buren smiled her break-your-heart smile.” (Were people having problems with this? Were they smiling and yarn was appearing, or rhinoceroses?) And this sentence is just magical: “A man with a thick Boston accent answered: ‘Sweeney’s.'”

Enough of me being a pinhead. “Those Who Trespass” will fit just fine on your shelf next to all those interchangeable Clive Cussler novels you picked up that time you were drunk at that yard sale. Still, reading it, you can’t help but think this is how the felled O’Reilly regarded his little corner of Fox News, with himself as a swaggering Celtic alpha and the women around him beautiful and tenacious. He was exactly half right.