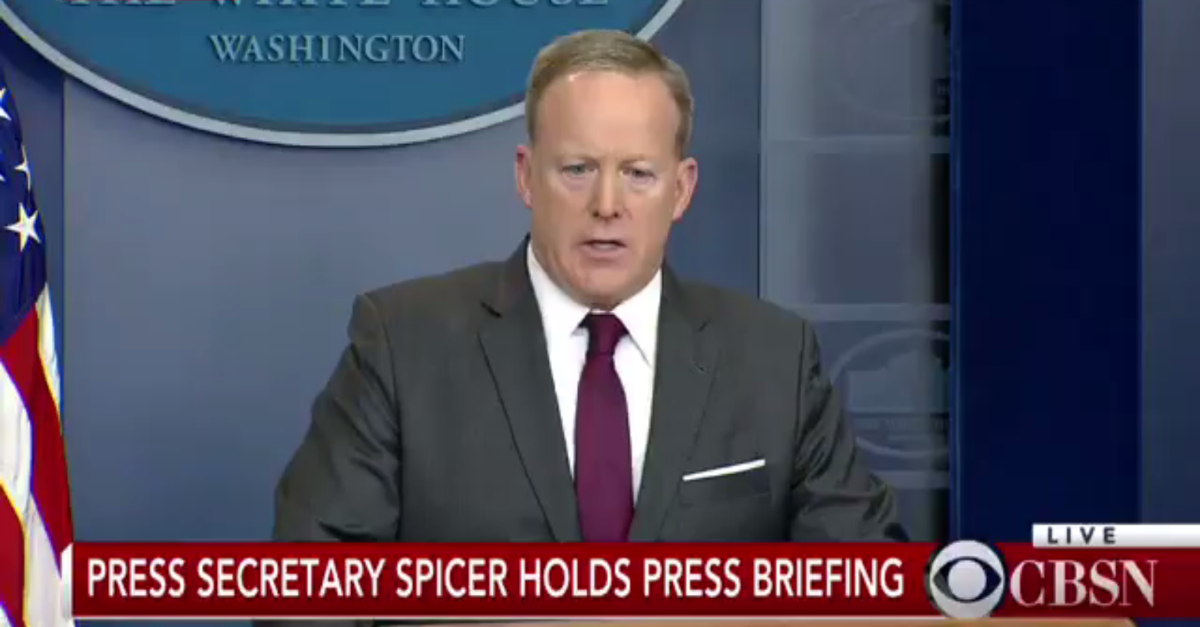 President Trump is quickly approaching the 100th day of his presidency, which will occur on Saturday.

Trump himself has stated that he is not fond of the measurement:

No matter how much I accomplish during the ridiculous standard of the first 100 days, & it has been a lot (including S.C.), media will kill!

RELATED: Donald Trump announces where he?ll be instead of the White House Correspondents? Dinner

White House Press Secretary Sean Spicer was asked during a Monday press briefing whether the administration thought the benchmark was important or not:

Asked by @MajorCBS about 100-day benchmark of administration, @PressSec says: "It's got to be kept in context" https://t.co/Okz2bwUl4f pic.twitter.com/wjH32EgPvj

CNN explains that the 100-day measurement came about during Franklin Delano Roosevelt’s presidency. History shows that Trump is not the only American president who disapproved of the measurement.