When Ted Nugent said he’d do anything for America, one MSNBC commentator pointed out that he wasn’t always so patriotic 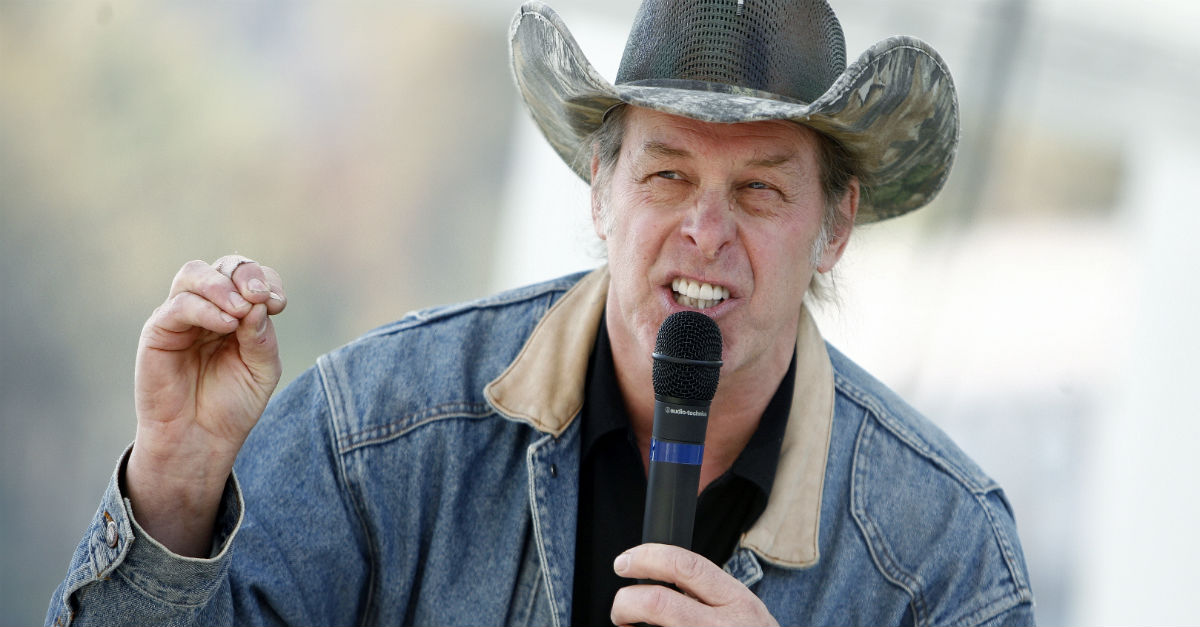 Musician Ted Nugent is certainly no stranger to odd displays of patriotism.

On Wednesday morning, Nugent appeared on a “FOX & Friends” to discuss a potential run for Senate.

“There’s no limit to what I’d be willing to do to help make this country great,” he said.

Fox News tweeted a link to Nugent’s interview along with the quote.

Ted Nugent: There's 'no limit to what I'd be willing to do to help make this country great' #ProudAmerican https://t.co/XWDwdpqrkv

RELATED: Following Sarah Palin’s photo with Hillary Clinton’s portrait, Obama’s WH photographer responds in a way only he can

That’s when MSNBC’s Joy Reid, who loves to dabble in online savagery, reminded Nugent that he was ALSO popular for allegedly crapping his pants to avoid the Vietnam draft:

Except serve in Vietnam. https://t.co/mg81P5dkj7

People were in awe of the swipe:

Damn, @TedNugent, this is a scorcher. You okay over there? Remember to run cool water over the burn area.

maybe smear a little covfefe on it, too. pic.twitter.com/8ZxgKn2PGu

RELATED: CNN has revealed what Kathy Griffin’s controversy with President Trump means for her future at the network

Others argued about Nugent’s service in the thread:

Had he been a patriot, he would've filed for conscientious objector status & taken the consequences. He's a coward & bragged about it.