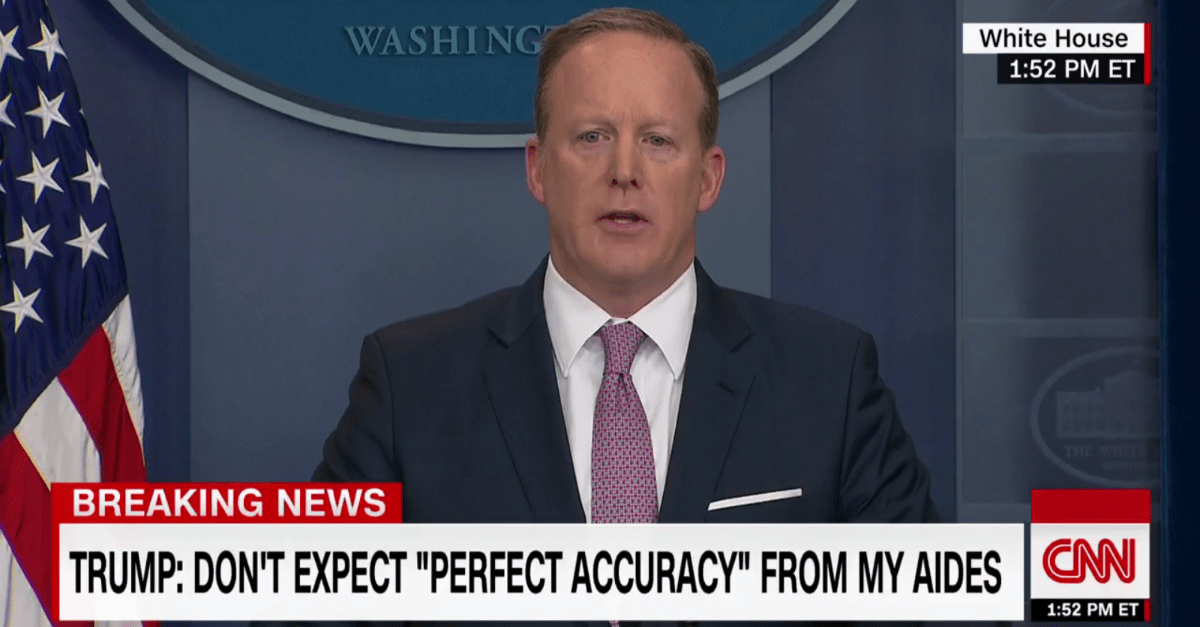 President Trump is clearly no fan of the media, but his Friday morning suggestion to “cancel all future ‘press briefings'” has raised some eyebrows.

Trump argued that it was “not possible” that his surrogates would be able to “stand at [the] podium with perfect accuracy.”

Spicer on Trump’s tweet on WH briefings: “I think he’s a little dismayed” and doesn’t want “a game of gotcha” https://t.co/T9GMLFBkow

Spicer said that Trump was “a little dismayed” as the administration attempted to communicate the president’s actions to the American public.

“And yet, we see time and time again an attempt to parse every little word and make it more of a game of ‘gotcha’ as opposed to really [figuring] out what the policies are, why something’s being pursued, or what the update it on this,” he added.

Spicer suggested that Trump wasn’t the only one to feel as he did.