In an emotional video, a man tries to attack his sister’s convicted murderer in court 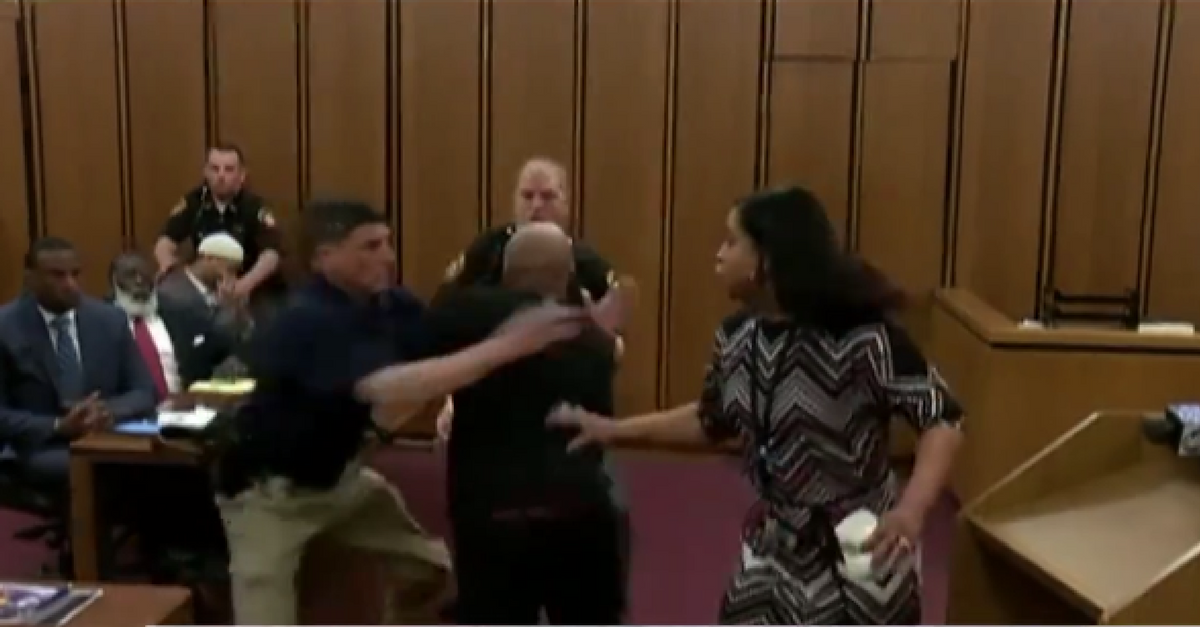 A Cleveland courtroom was plunged into chaos this week when a man lunged at his sister’s killer just after the man pleaded guilty to murdering five people.

James Sparks-Henderson, 21, entered guilty pleas for aggravated murder and other charges related to the November 2014 fatal shootings, which took the lives of 41-year-old Sherita Johnson, her unborn child, 60-year-old Lemon Bryant, 19-year-old Ja’Rio Taylor and 17-year-old Shaylona Williams. He entered the pleas to avoid the possibility of the death penalty and was sentenced to five consecutive life terms in prison.

RELATED: A drunk driver who killed a woman on their first date has learned his sentence

After telling Sparks-Henderson he was happy to hear that he’d have to suffer the rest of his life in prison, Johnson’s brother tried to attack the convicted killer in an act that required deputies to drag him from the courtroom.