The world’s most intense chef isn’t going to give his kids his millions, and he says it’s for their own good 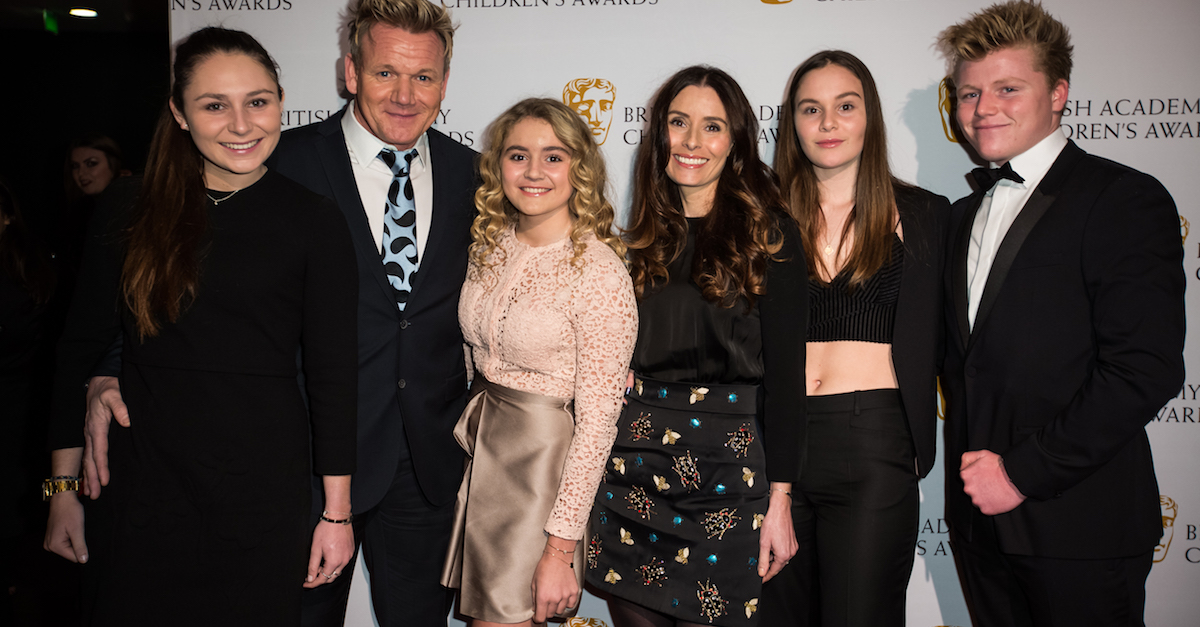 Chef Gordon Ramsay has made a name for himself on shows like “Hell’s Kitchen” and “Kitchen Nightmares” with the searing wit, brutal honesty and trademark profanity he directs at failing contestants, eateries, their employees and their ownership.

What you might not know is that, although a millionaire success, Ramsay is an extremely conscientious father and says that he won’t be leaving the kids his $140 million fortune once he kicks the bucket.

In an interview with The Telegraph, Ramsay made that statement and explained his outlook on money and his kids Matilda, 15, Jack and Holly, 17, and Megan, 18, needing to work for the finer things in life.

“I’ve never been really turned on about the money. That’s not my number one objective, and that’s reflected in the way the kids are brought up,” he said.“They don’t sit with us in first class. They haven’t worked anywhere near hard enough to afford that. At that age, at that size, you’re telling me they need to sit in first class? No, they do not. We’re really strict on that.”

“I turn left with [my wife] Tana, and they turn right and I say to the chief stewardess, ‘Make sure those little f*****s don’t come anywhere near us, I want to sleep on this plane,'” Ramsay continued. “I worked my f*****g arse off to sit that close to the pilot and you appreciate it more when you’ve grafted for it.”

Ramsay said that his working class background and the desire to rise above his rough youth is the source of his thought on this matter.

“Tana came from a super set-up, and I’m just ‘educated rough’ from a council estate,” the chef said. “So we meet in the middle and the kids bounce off both of us. They have a completely different life than I did growing up. I worked my arse off to get out of the s**t mess that I grew up in and they’re grateful, they’re not spoilt.”

In the Ramsay household, the kids pay for their phones, clothes and bus fares.

But what of their dad’s fortune?

Ramsay says he has “definitely” no plans to leave it to the kids to prevent them from being spoiled.

“It’s definitely not going to them, and that’s not in a mean way; it’s to not spoil them,” he said. “The only thing I’ve agreed with Tana is they get a 25 per cent deposit on a flat, but not the whole flat.”

So he’ll help with a quarter of a house purchase. The rest? Time to get to work, kids.