The start of the Major League Baseball season is right around the corner. Whether you plan to visit a few stadiums this year or just watch from your couch or nearest bar, you’ll find some pretty incredible features at each of the 30 MLB ballparks.

Most people already know about the Green Monster at Fenway, the Ivy on the outfield wall at Wrigley or the fountains at Kauffman Stadium. But here are ten really awesome (and sometimes odd) stadium features you’ll see while watching America’s favorite national pastime. 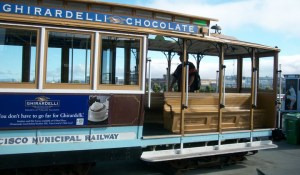 There are plenty of baseball fans (myself included) who would choose AT&T Park as their favorite MLB stadium. With its gorgeous views of the bay, delicious garlic fries and giant Coca-Cola bottle and glove in left field, it’s tough to beat. The cable car in center field is one of my favorite features of the park. Cable cars are such a huge part of the city’s identity, and it’s really a nice touch to what is truly a beautiful ballpark. 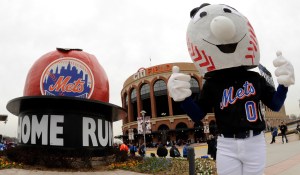 When the Mets moved from Shea Stadium to Citi Field in 2009, they wisely decided to bring their iconic home run apple along. Each time a Mets player hit a homer, the home run apple made an appearance. The apple debuted at Shea in 1980, quickly becoming a fan favorite. It now sits outside of Citi Field for fans to enjoy as they enter the park. The team also brought the New York skyline from the Shea scoreboard, placing it atop a concession stand in Citi Field. 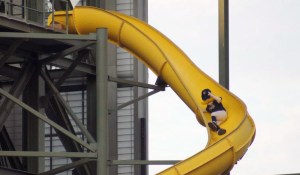 Another carryover from an old stadium, Bernie’s Dugout simply had to be included when the Brewers moved to Miller Park in 2001. When the Brewers hit a home run, the beloved team mascot makes his way down a huge slide onto home plate on a platform in left field. At the old stadium, he slid into a giant “beer.” Bernie is just one part of one of the best parks in the majors, which is also famous for the sausage races. 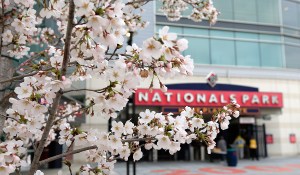 The Nationals really have a beautiful ballpark to call home. Other than views of the capitol and the Washington Monument, one of the greatest things about the park is the cherry blossom trees in center and left field. The 20 Kwanzan Japanese Cherry Blossom Trees were grown in Pennsylvania and moved to the park in 2008. When they’re blooming, it’s a spectacular sight. And they are also very D.C. 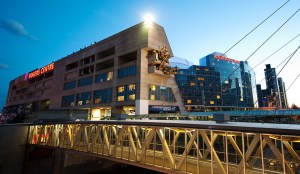 When the stadium opened as SkyDome in 1989, it was one of the most innovative sports venues on the planet. The thought of a retractable roof was a pretty foreign concept in those days. There are plenty of things to love about Rogers Centre, including that it’s in the shadow of the massive CN Tower. The fact that there is a Renaissance Hotel inside the actual stadium still just amazes me. How sweet is it to take an MLB road trip and stay at the stadium? 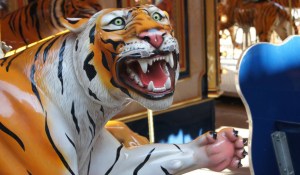 6. A carousel (Comerica Park in Detroit)

Detroit’s gorgeous park has something for everybody. For the kids, it’s tough to beat this amazing merry-go-round that features 30 hand-painted tigers and a pair of chariots. I’m not sure there’s a more impressive ballpark feature that incorporates the team’s mascot. Simply put: It looks awesome. 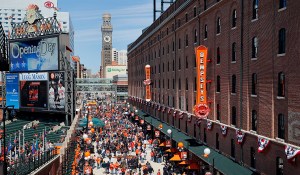 7. A warehouse (Oriole Park at Camden Yards in Baltimore)

Another pioneering ballpark, Camden Yards is still as impressive and spectacular as the day it opened in 1992. The park was the first to incorporate an old warehouse into the design of the stadium. The B&O sits just beyond the fence in right field and houses one of the park’s gift shops. It gives the stadium a unique look and real throwback feel. San Diego’s Petco Park followed suit with an old building that was incorporated into the design of the park in left field. 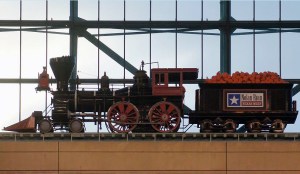 OK, let’s forget the park was originally Enron Field. It’s still a gorgeous park and fantastic place to watch a game. And even with all of the creature comforts of 2015, the park still gives a nod to the past with a giant locomotive that runs from center field to left field way up high above the crowd. What makes the train even cooler is the fact the park was built at Union Station, a former passenger train station. 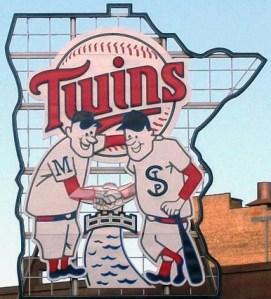 The giant former Twins logo, featuring Minnie and Paul, looms above center field in the gorgeous Target Field. Sure beats the Metrodome. This incredible ode to the franchise’s history also lights up for a Twins win. The iconic logo adds to the overall historic feel of the park, which is right in downtown. 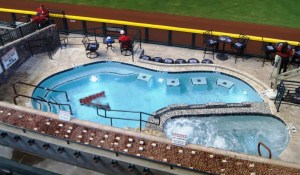 10. A swimming pool — and hot tub (Chase Field in Phoenix)

Another first for Major League Baseball, the home of the Diamondbacks busted out a swimming pool (complete with bubbling hot tub) in right field when the stadium and team debuted in 1998. The concept seems to have caught on a lot more with minor league parks than other MLB stadiums, but it’s still a really neat idea. And even in an air-conditioned stadium in the Valley of the Sun, you can always use a dip in the pool.