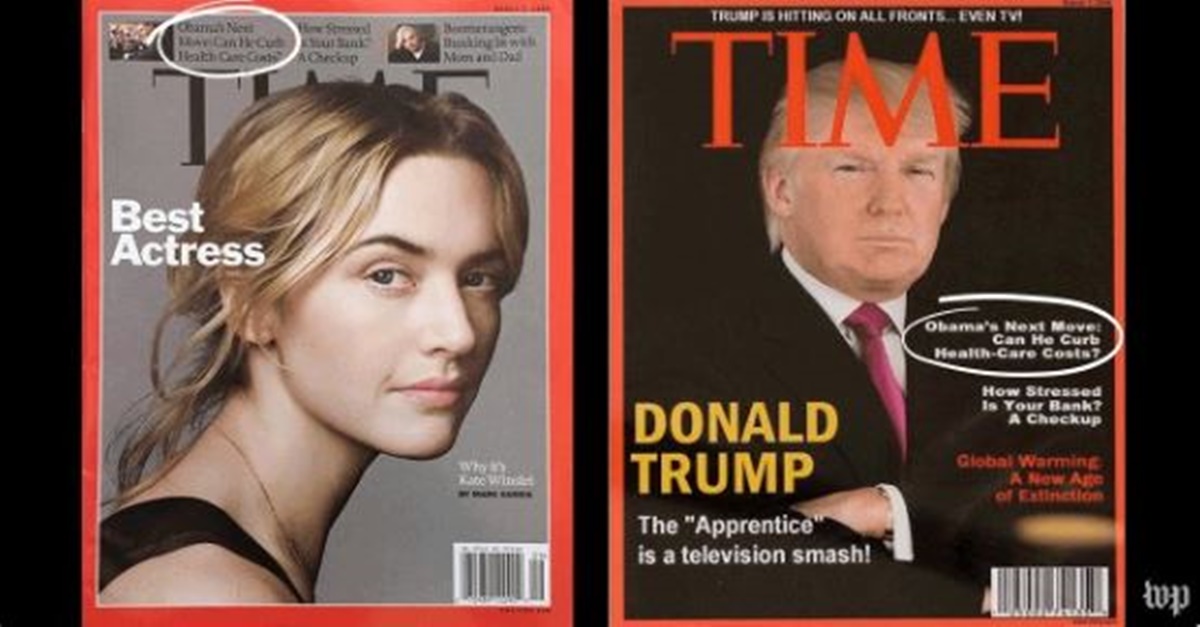 TIME Magazine is requesting that The Trump Organization take down the fake, framed magazine covers featuring President Donald Trump that are hanging on the walls of several of Trump’s golf clubs.

On Tuesday, The Washington Post reported that a reporter visiting one of Trump’s golf clubs saw the fake cover hanging on the wall and noticed that it had some discrepancies from a normal TIME cover.

The red border on the Trump cover is thinner than a TIME cover, and it lacks the thin white line that the magazine usually features. The fake cover also features two exclamation points – something that a cover from TIME normally wouldn’t feature.

RELATED: President Trump has a framed TIME Magazine cover of himself decorating at least 4 of his golf clubs — there’s just one problem

A Time Magazine with Trump on the cover hangs in his golf clubs. It’s fake. https://t.co/GbabQP5hXQ pic.twitter.com/EFTEcyasRE

A spokesperson for TIME confirmed to The Washington Post that the cover was fake, saying in a statement to the publication, ?I can confirm that this is not a real TIME cover.?

On Tuesday afternoon, following the release of The Washington Post’s story, TIME contacted The Trump Organization and requested that Trump’s golf clubs remove the fake covers from their walls. However, it isn’t clear yet whether or not The Trump Organization has followed TIME’s request and removed the offending covers.