Tragedy strikes hotel pool: one child dies of carbon-monoxide poisoning, others rushed to the hospital 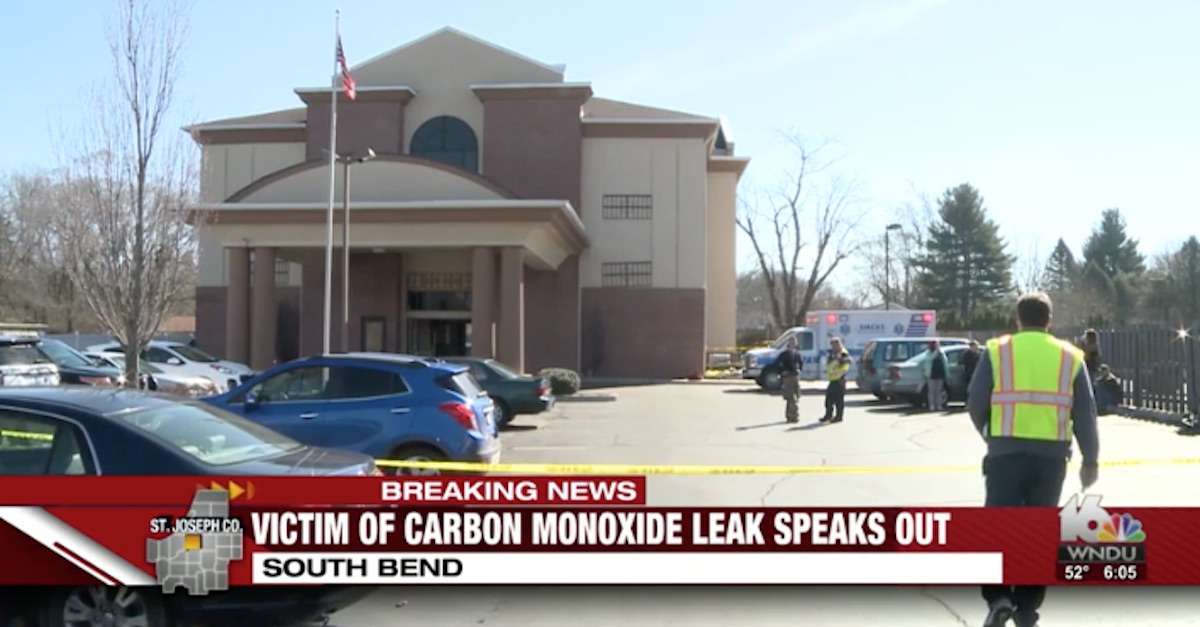 First responders rushed to a Quality Inn and Suites in Niles, Michigan, after children were found unconscious poolside due to carbon-monoxide poisoning.

One child, identified as 13-year-old Bryan Douglas Watts, has died.

RELATED: A dad’s motel pool nightmare on Memorial Day Weekend has him in critical condition — it all happened so fast

According to ABC News at the time of this writing, six other children were found unconscious and taken to the hospital.

Memorial Hospital of South Bend in Indiana is treating nine patients, eight children and one adult. ABC reports that two of the children are in serious condition, and five are listed in fair condition. Another child has been treated and released.

A total of 15 people were taken to area hospitals from the hotel.

One person dead and 13 hospitalized after being found unconscious around a Michigan hotel's indoor pool. https://t.co/Ws5UrRNnRs pic.twitter.com/anlrDPySM5

Fire Department Capt. Don Wise said that the cause of the carbon-monoxide leak was a broken pool heater. The children affected were ages 12 to 14.

BREAKING UPDATE: Niles police say Bryan Douglas Watts, 13, was the child who died in this carbon monoxide leak.PREVIOUS UPDATE: 1 of the children sent to Lakeland Hospital after a carbon monoxide leak at a Niles hotel was dead on arrival, according to the hospital. All other patients sent to Lakeland are expected to make a full recovery. ORIGINAL POST: The Niles Fire Department gave an update to Cassidy Williams WSBT on the carbon monoxide incident at a hotel. Watch this video and visit WSBT.com for those details: http://bit.ly/2nIov6c?fb

The entire hotel had to be evacuated.

“When we first went in with our [air] monitors, the monitors went off,” he said. “All the responders took a little bit more risk, but we had to get those kids out of there and into fresh air for their best chance at survival.”

RELATED: Some of Houston’s water supply might be poisonous, and we’ve got the footage to prove it

He said the carbon-monoxide reading was 800 parts per million, calling it  “an extreme danger level.”

“At those levels, they don’t have much time before they’re going to go unresponsive,” he said.

We’ll update this story when we learn more.