Trump just slammed kneeling during the anthem again, prompting a response from a CNN analyst 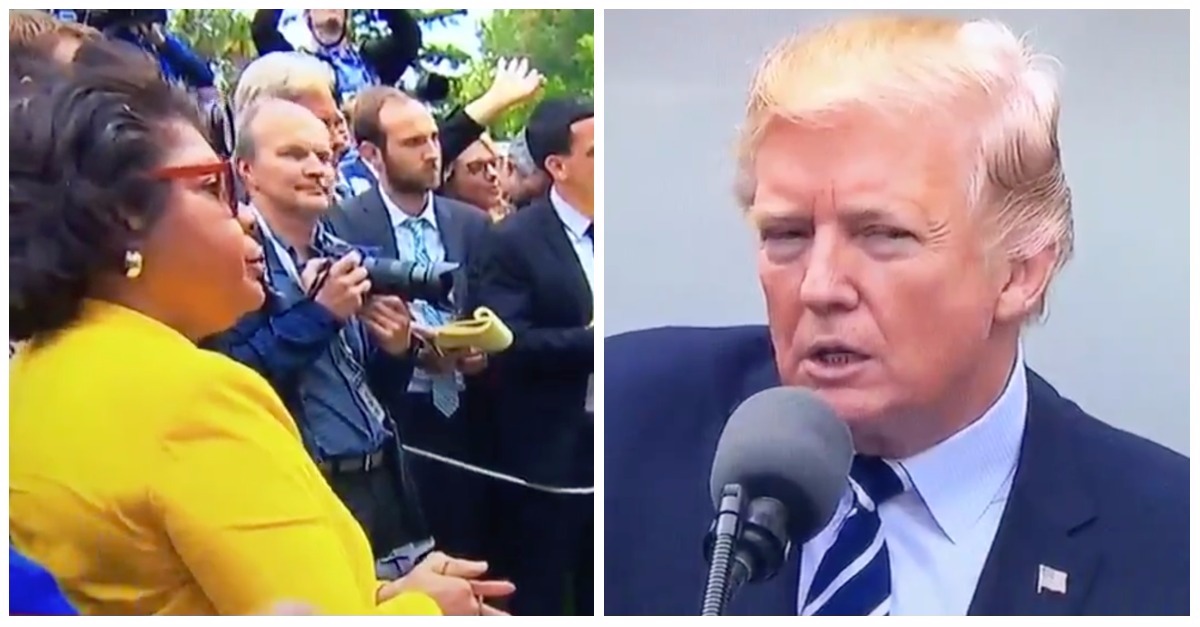 President Donald Trump once again criticized kneeling during the national anthem as “very disrespectful,” sparking a confrontational moment between him and CNN political analyst April Ryan.

The exchange occurred near the end of a lengthy joint press conference at the Rose Garden Monday afternoon headed by Trump and Senate Majority Leader Mitch McConnell (R-Ky.), a presser that covered a swath of issues including: tax reform, healthcare repeal, who is running for president in 2020 — of which Trump implored Hillary Clinton to run again — Bowe Bergdahl and kneeling during the national anthem.

“That’s what the players are saying,” she said.

The president replied by repeating his stance.

“Just hear it. Hear it. It is very disrespectful to our country when they take a knee during the national anthem,” he said. Trump also said that the “people of our country are very angry at the NFL,” adding “all you have to do is look at their ratings and look at their stadiums. You see empty seats where you never saw them before.”

You can watch the whole press conference above.