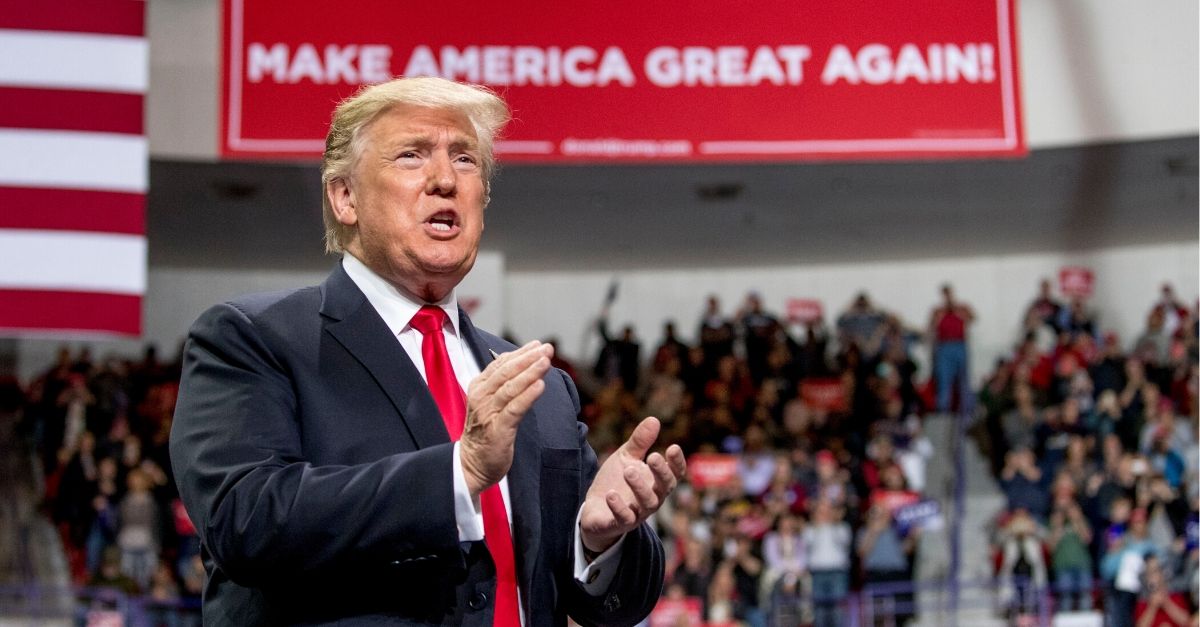 It looks like there’s some good news ahead of us, Americans. With people losing jobs and Coronavirus cases popping up across the country, President Donald Trump stated in an interview that there will allegedly be a second round of stimulus payments to Americans. Speaking with Joe St. George, National Political Editor & Washington Correspondent for Scripps, he stated, “we will be doing another stimulus package. It will be very good. It will be very generous.”

Despite the good news, President Trump offered very few details of when the stimulus check  (or package) is said to be expected. When asked about how much the payment may be, the president stated, “you’ll find out about it. You’ll find out.” He did note that he thought the relief funds would receive a bipartisan report and could be announced over the next couple of weeks. A White House official allegedly told NBC News that no decision has been made yet, but a second stimulus payment is part of something that the US economic team is studying closely.

VIDEO: President Trump commits to 2nd stimulus. He says details would be announced in the coming weeks. The President would not tell me how much of a check Americans will receive. pic.twitter.com/Abd5E8P3Au

In late March, President Donald Trump signed a stimulus package into law that included a one-time payment of $1,200 to any eligible American. As the virus has spread very quickly throughout the last month since the Coronavirus Aid, Relief, and Economic Security (CARES Act) Act was passed, many Americans were left wondering if a second check or prepaid debit card will arrive as the COVID-19 pandemic continues.

One proposal that is currently on the table is the HEROES Act, which is a $3 trillion bill that includes $275 billion for healthcare and testing worker hazard pay, and a trillion dollars for local and state government. The HEROES Act was passed by House Democrats back in May and would offer another around $1,200 check to American children and adults. The Act also expands the number of people who are eligible to receive government aid, by including older teenagers and college students. The payment would be capped at $6,000 per household.

President Trump: Next Stimulus Check Will Be ‘Very Generous’ And Announced In A ‘Couple Of Weeks’ via @forbes https://t.co/o6DFva03Ms

The second stimulus check comes after a high number of laid-off workers were seeking unemployment benefits, with the number barley falling last week to 1.5 million due to small businesses reopening. The government stated the number was down from a peak of nearly 7 million back in March, marking an 11th straight weekly drop. But, the number is still more than twice the record high that existed before the virus. The total number of people receiving jobless aid is said to be at 20.5 million.