A Utah teacher who was already facing serious charges due to an alleged inappropriate relationship with a student just got even worse news, as a second student has come forward with allegations of the same kind of sexual contact.

RELATED: A woman in a bra gave “prison bae” a run for her money after getting dumped by her man

Both students were 17-year-old males.

Sarah Lewis, 27, a social studies and dance teacher at Landmark High School in Spanish Fork, Utah, was charged in January with first-degree felony rape, felony witness tampering and two misdemeanor counts of furnishing alcohol to a minor. Now that a second student has come forward, prosecutors have added another charge of first-degree felony rape and two more counts of furnishing alcohol to a minor.

She was placed on leave when the school district learned of her arrest.

According to the Salt Lake Tribune, updated documents of the charges against Lewis say that she bought a boy whiskey, then they went back to her home, got “very drunk” and had sex. That teen said their contact had been normal on Snapchat until he got a snap of Lewis drinking with the message “Let’s party.”

What allegedly happened with the other teen sounds very similar.

The teen said he had sex with Lewis in early January at her home, where she gave him vodka. He said they made out and then had sex. The teen also turned over a cell phone recording of them making out.

But it’s gotten even more serious for Lewis — Judge Samuel McVey upped her bail because the pattern of “providing someone with alcohol” is “grooming-type behavior” that “sex offenders do.”

It’s not yet clear how much time behind bars she might face, but Lewis’ next court date is scheduled for Feb. 27. 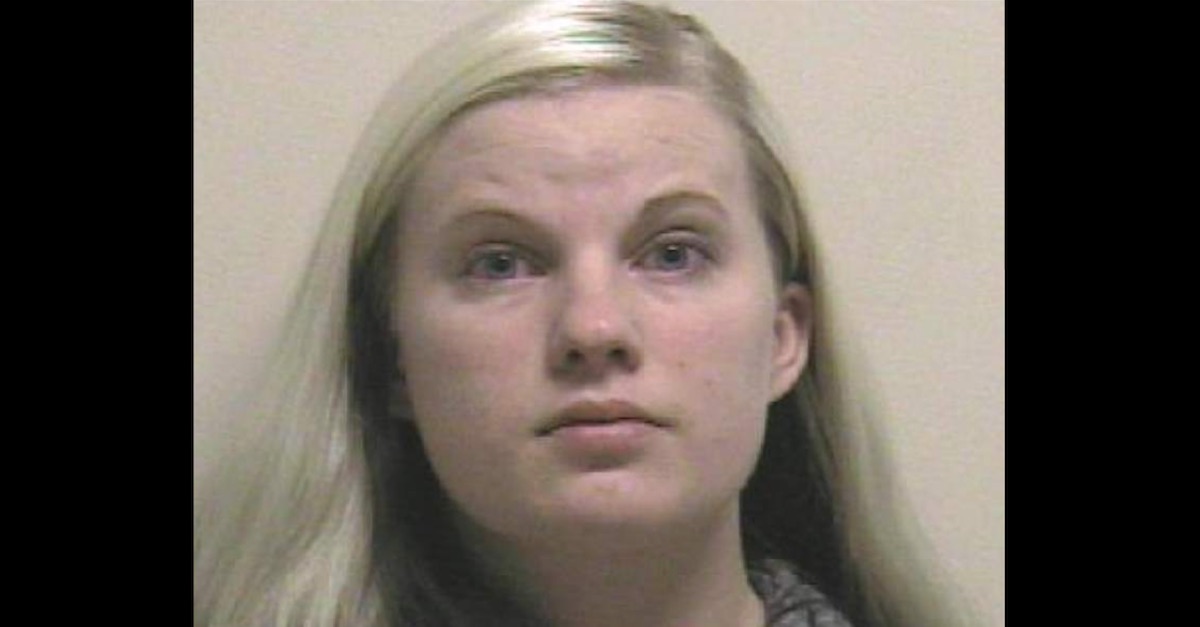