Marvin Sensenig, age 20, of Ephrata, Pennsylvania has been charged with two counts of animal cruelty after police were alerted to his role in the death of a horse.

A woman named Tawn Crowther took to her Facebook page on Tuesday to post photos of Sensenig’s attack. She explained that she watched as the man beat his horse to the ground because it was struggling to haul two men and watermelons.

“Today my friend Mimi and I watched as an Amish criminal beat a horse to the point it collapsed. The horse was unable to pull a wagon full of watermelon and 2 grown men,” Crowther wrote on Facebook.

“So the Amish man walked beside the horse and beat it until it fell to the grown. At that point, he continued to kick, hit and pull on the poor seemingly dying animal. I pulled over and called the police.”

According to FOX 23, police tried their best to save the horse and later determined that Sensenig was to blame for the horse’s death.

“When officers arrived on the scene, they say two men were trying to get the horse to its feet. Police called a local fire company to cool-off the horse with water. They showered the animal with about 1,000 gallons of water. However, the horse was badly hurt and had to be euthanized,” Fox 23 reported.

Police stated in a news release Friday, “It is alleged that the defendant unreasonably struck a horse that was overburdened with a heavy load. The horse expired shortly thereafter.” 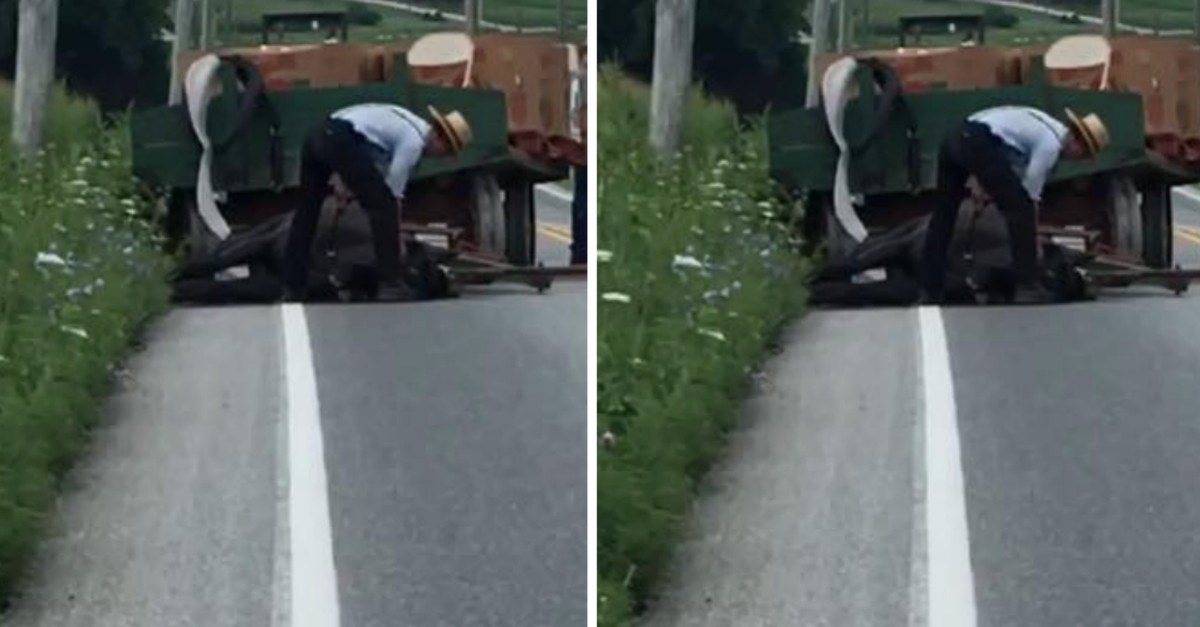