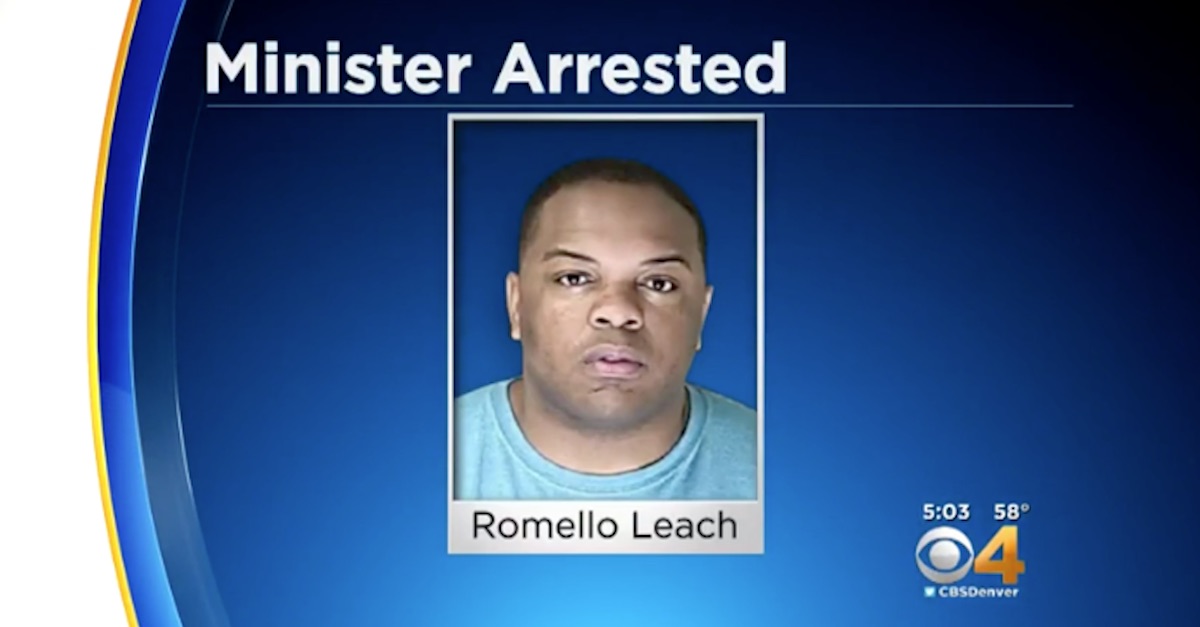 COLORADO SPRINGS, Colo.– A Colorado pastor has been charged with several felonies after admitting to having sex with and impregnating a 14-year-old girl, police said.

Romello Leach, 22, is a licensed pastor serving several local churches, Denver7 reported. Authorities had been investigating Leach since May, when the El Paso County Sheriff’s Office was made aware of a claim by a teenage girl that a man had gotten her pregnant.

According to information contained in an affidavit, Leach admitted twice to having sex and impregnating the girl; once in a phone call with his ex-wife, in which he said he’d made the “worst mistake,” and during a second phone conversation with the teenage girl, in which authorities were present. Leach admitted having sex with the girl at least four times and impregnating her, police said.

The affidavit claims that Leach “admitted the behavior was wrong and stated he was full of lust at the time,” at the time, Denver7 reported.

Leach has been charged with multiple counts of sexual assault of a child and is being held without bail. Authorities are actively seeking other victims.