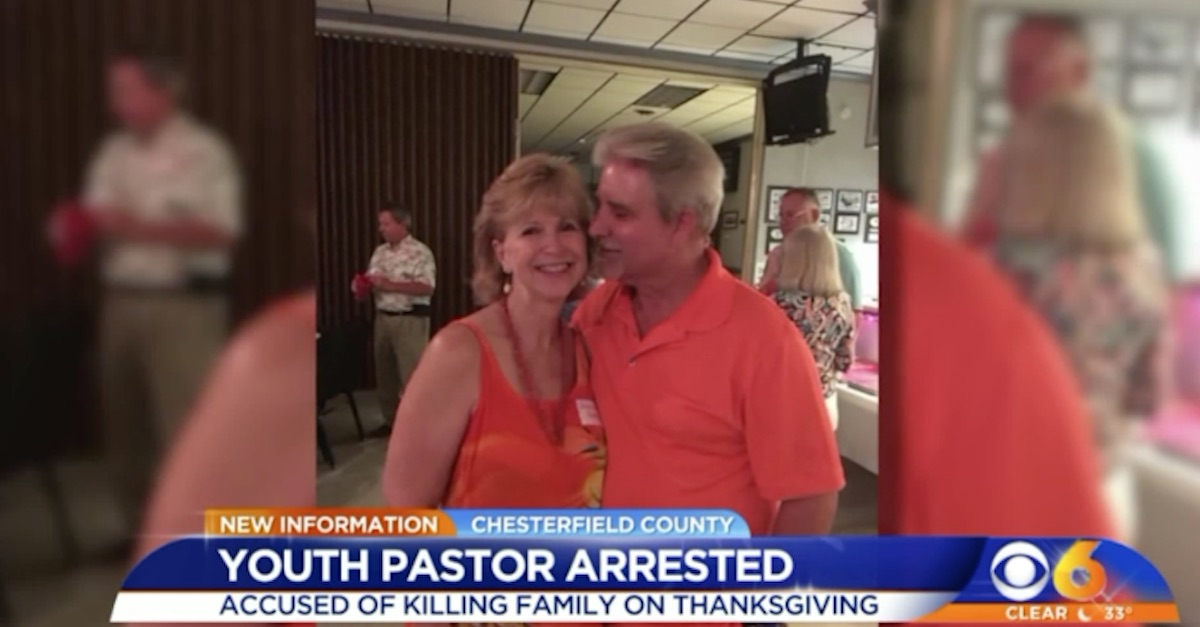 Locals and church members in Chester, Va., awoke to news Friday, the day following Thanksgiving, that a youth pastor was arrested after his wife, stepdaughter and his stepdaughter’s boyfriend were found shot to the death at the family’s home.

Early reports say that all four lived in the home together and that the stepdaughter moved back in six weeks ago with her boyfriend. We do not yet know the motive behind the slayings.

One said that he thought the shooting was actually “firecrackers” and that he “didn’t think much of it” at the time.

Neighbors Larry and Chris Patton, who moved into a home on the cul-de-sac two years ago, described the Gattieses as “good people” and they even said Christopher Gattis would “do anything for you.”

?They were good people. He?d do anything for you. He was always quick to laugh. He had a hearty laugh,” they told the Times-Dispatch. ?They welcomed us to the neighborhood. It?s just sad that their Thanksgiving ended that way.?

The church where Gattis was a youth pastor, Grace Lutheran Church, released a statement conveying its deep sorrow.

Gattis is being held without bond.

This wasn’t the only tragedy to occur on Thanksgiving.

Adrian Scott, 34, of Ohio was killed in a drive-by shooting as she cooked Thanksgiving dinner.

?It?s just a bad day for the family on any day,? Sgt. Stan Latta of the Columbus police homicide unit said of the crime. ?The only thing I would think is every Thanksgiving they?ll probably think about this.?

The same is true for the Gattises’ extended family, friends, neighbors, church and community.