Authorities say that an argument over a $20 debt led to a fight at a Girl Scout cookie stand outside of a Florida Walmart. Flagler County Sheriff’s arrested two boys, 10-year-old Daniel Kennedy and his 16-year-old brother, for disorderly conduct and battery charges following the incident.

RELATED: Man shot and killed an intruder before he learned the heartbreaking identity of the victim

The teenagers allegedly knocked over a table and smashed the boxes of cookies, leaving them scattered outside of the Walmart after they asked for money they claimed one of the Girl Scouts owed them. When the girl’s parents, Thomas and Lisa Ketchum, told the boys they wouldn’t pay them, the teenagers demanded to be paid in cookies instead. They proceeded to destroy the cookie stand when the Scout leaders refused their demand.

The arrest report also claims that the boys punched a man, woman and teenagers before they began smashing cookie boxes. Thomas Ketchum suffered a sprained neck and shoulder as a result and was taken to a nearby hospital to be treated. Ketchum’s 15-year-old son was also injured in the brawl, leaving him with a gash to the head, as was Lisa Ketchum, who told deputies she was punched several times in the head and face. 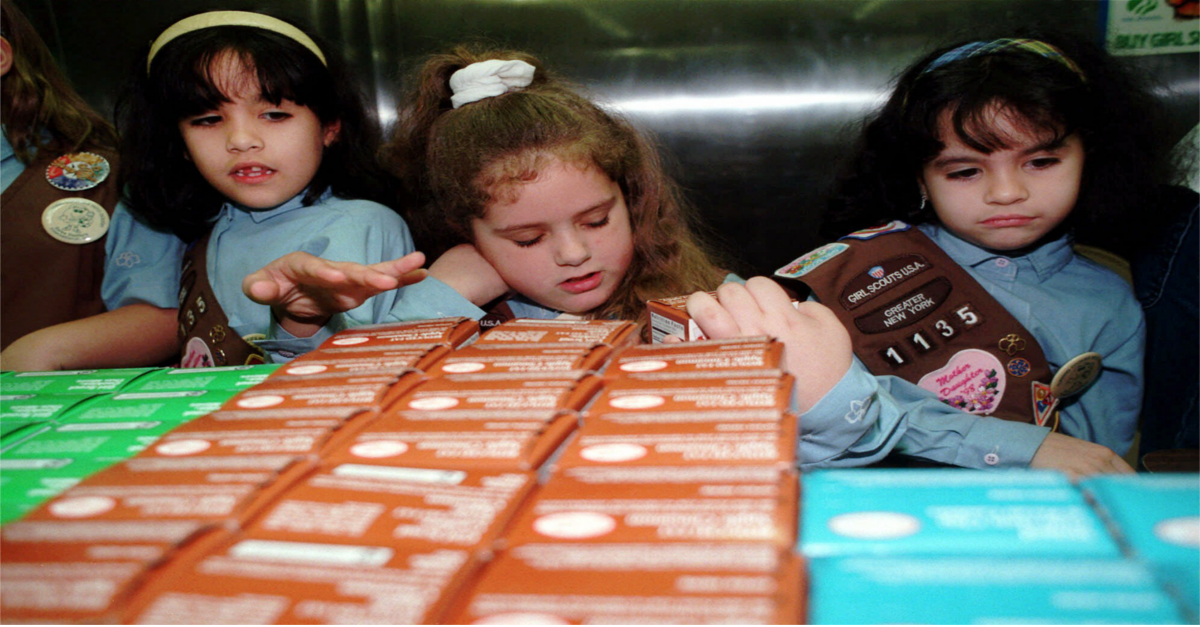