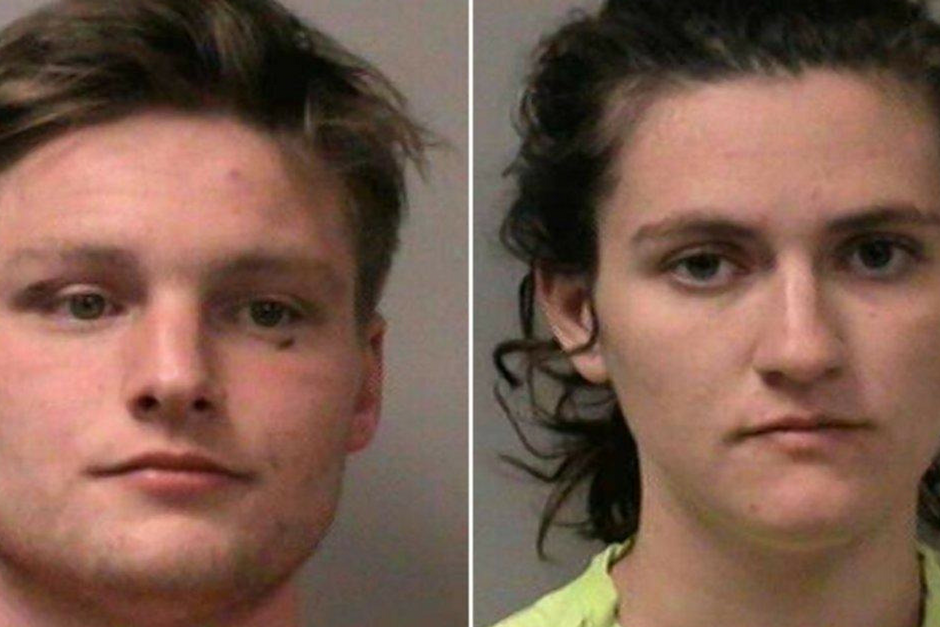 Police arrested a Wisconsin man and woman on Monday after an officer spotted them having sex in a car and they refused to stop their tag team indecent exposure when he ordered them to do so.

The officer reportedly heard moaning coming from a parked car, which was rocking and had fogged windows, after a woman who lives on the block called the police to complain that the noise woke her up. Inside were Bailey Puttkemery, 21, and Emily Scott, 20, both nude and in the middle of having sex in public view.

“No, bro, I’m trying to f**k,” Puttkemery said according to a police report when the officer asked them to stop.

After waiting five minutes for them to cease their sexual activity, get dressed, and exit the vehicle, the officer found they had resumed their sexual intercourse. This time, he opened one of the car doors and again ordered them to put on clothes.

“You’re a man. You should understand. It’s Oktoberfest weekend,” Puttkemery said while standing naked outside his car. “It’s just a d**k. Nothing to be afraid of.”

1. One common search term on Google is, “Can you get arrested for having sex in your car in public?” Or, is it illegal to have sex in a car. The answer is yes unless it’s in your garage. If it’s in a public place it’s illegal. (Unless you get caught.) Do not bang in a place where a police officer can just walk up to you. You give a lady your penal code in public and you might find yourself on the receiving end of the government’s penal code.

2. People are also probably wondering if this is a sex crime or will make you sex offender. Yes and maybe? It really just depends on who the passerby is. You do this next to a middle school or public park and you’re probably not going to get much leniency. Obvious disclaimer here but I’m no criminal defense attorney and am in no way qualified to give legal advice but maybe avoid this just to be safe. Or at least park somewhere no one will ever find you, like a movie theater parking lot.

Don’t take your private parts out in a public area. Full stop.

3. It is pretty nice of the prosecutors to not prosecute them for their public lewdness. Usually public indecency like this get hammered. That’s why you never pee in public in New Orleans, for example. I guess the prosecutors agreed with the guy when he said, “You should understand. It’s Oktoberfest weekend.” Some holidays just require a public sex act.

This story was originally published October 4, 2017.

RELATED: Four Teenage Lovebirds were Arrested for Getting it on at One of the Classiest Beaches in America