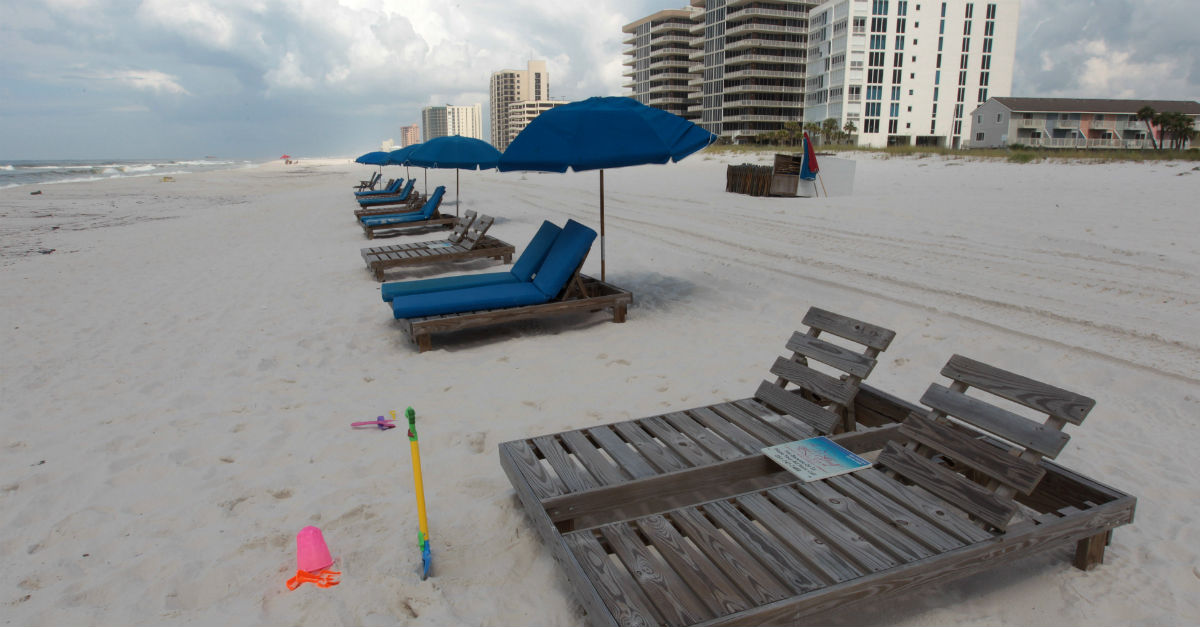 AP Photo/Dave Martin
Empty chairs line the beach in Perdido Key, Fla., Friday, July 2, 2010. Oil from the Deepwater Horizon incident is expected to continue to come ashore over the July 4th weekend and businesses are concerned about a lack of tourists. (AP Photo/Dave Martin)

Four teenagers found themselves in serious trouble Tuesday afternoon when they were arrested for having sex on a Cape Cod beach while a crowd cheered them on.

4 people just got dragged out of the water for having sex at #MayflowerBeach. Talk about fireworks @stoolpresidente @FeitsBarstool pic.twitter.com/ZZzAArFJ8n

The Cape Cod Times reports that around 1:30 p.m. a Detective Matthew Turner of the Dennis Police Department was told that several people were having sex in the water on the beach. When he arrived, he saw the group 100 feet from shore. On shore, a crowd had gathered, and people were cheering them on. One of those in the water was a 17-year-old boy, whose name is unreleased as he is a minor. Kaminski was not in the water with the others but was arrested after he refused officers’ orders for him to leave the area.

The officer yelled at them to get out of the water, and a lifeguard entered the water and told them to leave. However, they refused both demands. When a second lifeguard entered, they came ashore. Turner wrote in the arrest report that when they were on the land, they were “yelling and crying for Turner to let them go.” They were all charged with disorderly conduct.

When they appeared Wednesday in court, the college students were surrounded by adults who helped shield their faces from the camera. The arraignment for the youths has been postponed until January. They are reportedly expected to try to enter the “youthful diversion program,” which allows first-time offenders not to be prosecuted in exchange for community service. Cape Cod is one of the wealthier beaches in New England. It was made famous as a summer home for the Kennedy family, who kept a house on the island.