Police wanted no part of looking where this man stored his drugs, but it has us cracking up 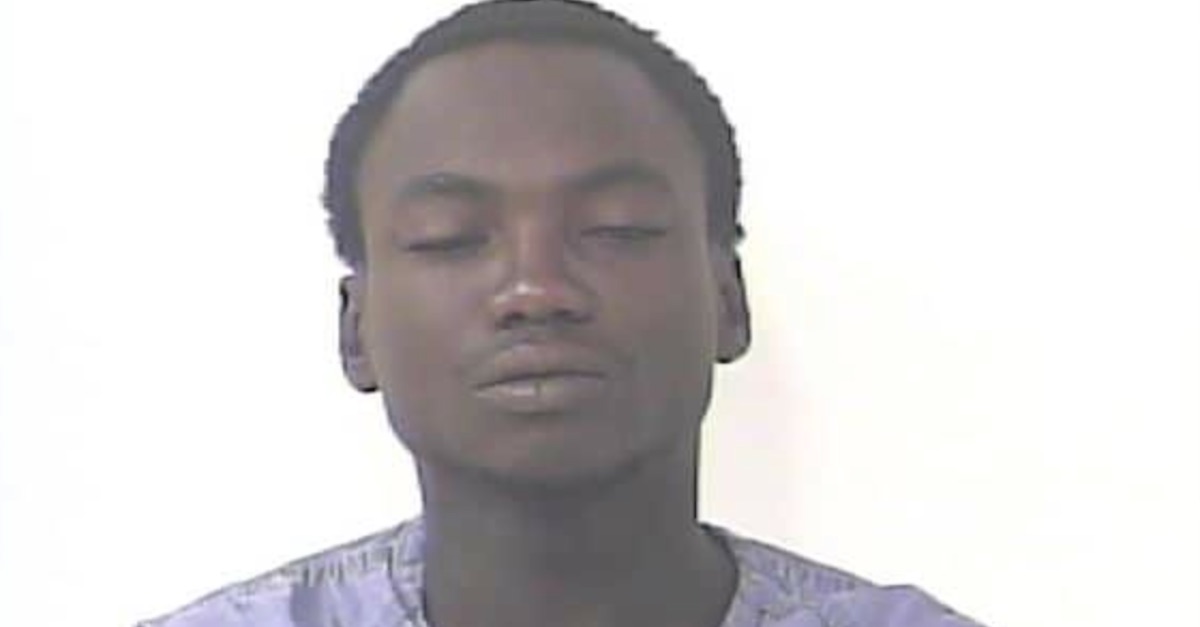 Step on a crack, break your mother’s back. Store crack in your butt crack, you’re going to jail.

RELATED: A woman waddled into an airport with a cocaine egg and where she hid it has everyone amused

Jerzell Daughtry, 29, did not have a great day on Thursday Jan. 12 in Fort Pierce, Fla., where there appeared to be a crack in his butt-crack crack smuggling technique, TCPalm reports.

The St. Lucie County Sheriff’s office was on hand around 6:30 p.m. that evening when a drug sting blew up in Daughtry’s face.

Police were in the area trying to bust drug dealers. What they found was Daughtry getting into the car of an undercover detective.

RELATED: A Florida woman told cops she had weed and a cigar hidden inside of her and she wasn’t kidding

Daughtry is accused of selling two crack rocks for $20.

At this point, police had enough to make an arrest, and they did. Authorities soon discovered that Daughtry had his butt remade into a drug pantry.

So, here’s the bad news for Daughtry: he’s been arrested on two felony drug charges. Here’s the good news: we know of drug smuggling fails that are equally or more embarrassing than this.

What about the woman who attempted to smuggle weed and tobacco in a Bible, all for an inmate? Or the woman who revealed during a pat down that she had marijuana and a cigar in her vagina?